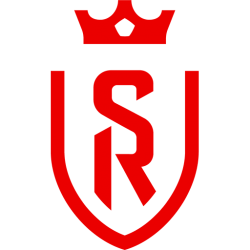 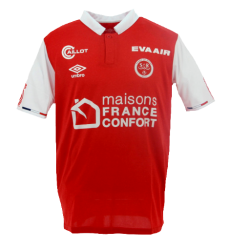 Stade de Reims (commonly referred to as Stade Reims or simply Reims) is a French association football club based in Reims. The club was formed in 1910 under the name Société Sportive du Parc Pommery and currently play in Ligue 1, the top level of French football having achieved promotion to the league following the 2011–12 season. Reims plays its home matches at the Stade Auguste Delaune, a renovation of the old complex located within the city. The team is managed by Hubert Fournier and captained by defender Mickaël Tacalfred.

Stade Reims is one of the most successful clubs in French football history having won six Ligue 1 titles, two Coupe de France trophies, and five Trophée des champions titles. The club has also performed well on European level having finished as runners-up in the 1956 and 1959 editions of the European Cup and winning the Latin Cup and Coppa delle Alpi in 1953 and 1977, respectively. However, since the 1980s, Reims have struggled to get back to their zenith. The club hovered between Ligue 2 and the Championnat National for over thirty years after their relegation from the top flight in the 1978–79 season. In 2012, though, they were promoted back to Ligue 1 where they currently remain.

Historically, Stade Reims is viewed as a legendary club within French football circles, not only due to its domestic and European accolades, but its charity towards the France national team through the 1940s and 50s, as well. Reims were largely responsible for the first Golden Generation of French football with notable national team members Roger Marche, Raymond Kopa, Just Fontaine, Jean Vincent, Robert Jonquet, Armand Penverne, Dominique Colonna, and Roger Piantoni all playing for Reims during the national team's successful run to the semi-finals at the 1958 FIFA World Cup. Stade Auguste-Delaune is a multi-use stadium in Reims, France. It is used mostly for football matches and hosts the home matches of Stade Reims.