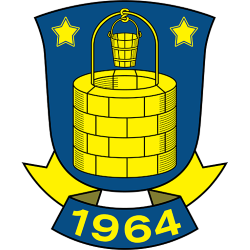 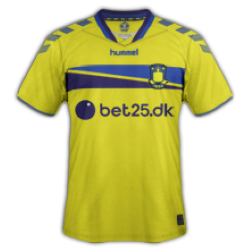 Brøndby IF is a Danish football club based in Brøndbyvester, Brøndby, on the western outskirts of Copenhagen. The club is also known as Brøndbyernes Idrætsforening, or Brøndby and BIF for short. The club was founded in 1964 as a merger between two local clubs and was promoted to the Danish top-flight football league in 1981.

Brøndby IF has won ten Danish Championships and seven Danish Cups. Brøndby's most successful period was from 1985 to 2005 when, in twenty years, they won all of their ten League titles. In 1991, Brøndby reached the semi-finals of the UEFA Cup and became the first and only Danish club to ever reach a European semi-final.

Since the founding of fellow Copenhagen club F.C. Copenhagen in 1992 (a merger between Kjøbenhavns Boldklub and B 1903), they have had a rivalry; matches between the two clubs are referred to as the Copenhagen Derby.

The Brøndby Stadium is a football stadium in Brøndbyvester, Brøndby Municipality, Denmark. Opened in 1965, it is the home ground of Brøndby IF. The stadium has a capacity of 28,000, including 23,400 seats. It has hosted Denmark national team matches five times.