Silkeborg IF vs Raufoss (23 Jan) 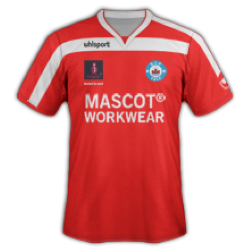 Silkeborg Idrætsforening, (commonly known as Silkeborg IF or SIF in short) is a professional football club based in Silkeborg, Denmark. The club was founded in 1917, reached the highest level of Danish football in 1987, and afterwards became one of the most successful football clubs in Denmark. They won the 1993–94 Danish Superliga, finished 3rd in 1994–95 and 2000-01, 2nd in 1997–98, and won the Danish Cup in 2001. Silkeborg has participated in Europe several times, winning the UEFA Intertoto Cup in 1996.

JYSK park is a football stadium in Silkeborg, Denmark. The stadium is home to Silkeborg IF and has capacity for 10,000 spectators. The construction of JYSK Park began in 2015 and was completed in the summer of 2017. It was opened on July 31, 2017 for a match between Silkeborg IF and AGF, where the home team won 2-1 in front of 9,411 fans. Silkeborg IF’s Gustaf Nilsson became the first goal scorer in the stadium in a 2-1 win over AGF.

The stadium is located in Søhøjlandet next to the JYSK arena. The construction of the stadium was a collaboration between Silkeborg IF ownership and Silkeborg Municipality, with an estimated cost of 130 Million kroner. The municipality funded 60 million of the construction with the club contributing the remaining 70 million.