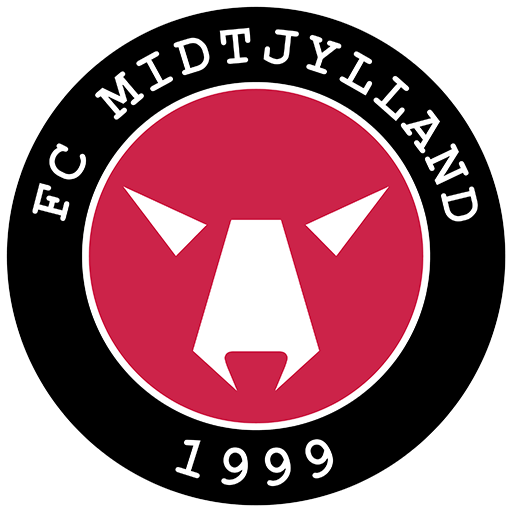 FC Midtjylland (English: "Central Jutland") is a Danish professional football club based in Herning and Ikast in the midwestern part of Jutland. The club is the result of a merger between Ikast FS and Herning Fremad. Midtjylland competes in the Danish Superliga, which they have won twice, most recently in 2018.

The MCH Arena is an association football stadium situated in the south of Herning, Denmark, that is part of MCH Messecenter Herning complex and owned by MCH Group A/S. It has been the home ground of FC Midtjylland since March 2004. An integrated part of the arena is a main building housing the club's administration and offices for the official fan club (named Black Wolves), and includes player and referee facilities, a restaurant, a VIP lounge, press and sky boxes, and a club shop (named Ulveshoppen). The total capacity during domestic matches is 11,432 spectators with 7,070 seatings (western and eastern grand stands and partly north stand) making it the 9th largest football stadiums in Denmark. At international FIFA and UEFA matches, the capacity of the four covered single-tiered stands is reduced to 9,430, when the terraces at the north and south stands are converted to an all-seater mode. The stadium's current attendance record of 11,763 spectators dates back to a 2017–18 Danish Superliga match on 11 November 2007, when FC Midtjylland tied 2–2 against FC Copenhagen.