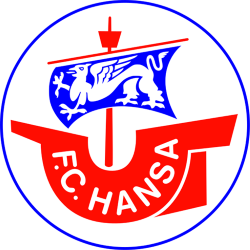 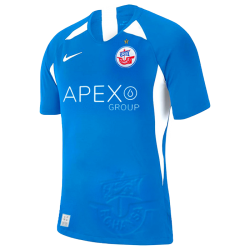 FC Hansa Rostock is a German association football club based in the city of Rostock, Mecklenburg-Vorpommern. They have emerged as one of the most successful clubs from the former East Germany after German reunification and have made several appearances in the top-flight Bundesliga.

After being in the Bundesliga for ten years, from 1995 to 2005, Rostock suffered a steady decline. In 2012, the club was relegated to the 3. Liga for the second time and only managed to regain its place in the second tier in 2021.

Ostseestadion is the home stadium of F.C. Hansa Rostock, a German football club, located in the city of Rostock.

"Ostseestadion" translates in English to "Baltic Sea Stadium", and is named after the Baltic Sea, whose coast Rostock lies upon. Ostseestadion is the original name of the stadium, but on 2 July 2007, Hansa Rostock sold the naming rights for the following 10 years to Deutsche Kreditbank (DKB), hence the new official name became "DKB Arena". In 2015, the club announced that the stadium was to regain its original name, and that the DKB had allowed an early renaming of the stadium and agreed to end the naming contract in advance.