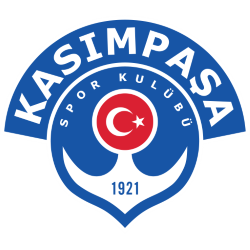 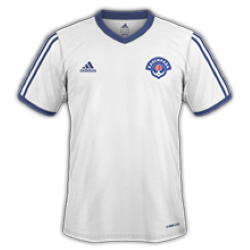 Kasımpaşa Spor Kulübü is a Turkish football club located in the Beyoğlu district of Istanbul, Turkey. They play their home games in the Recep Tayyip Erdoğan Stadium in Kasımpaşa, a neighbourhood of the district of Beyoğlu.

The team remained in the top tier of Turkish football and managed to finish in top ten in the 2009–10 season, during which they beat Fenerbahçe away from home 3-1 and Beşiktaş away in the Turkish Cup by the same score. They also beat Trabzonspor at home in the league by the same 3-1 scoreline. By the beginning of the 2010–11 season, Kasımpaşa lost some of their important players due to the decisions of coach Yılmaz Vural just before the season started.

After the squad weakened, the team went on a run of poor results and were relegated at the end of the season. In the 2011–12 season, the team made a rapid return to Süper Lig after play-off matches that were played in Ankara. They first beat Konyaspor 2–0 away and 4–0 at home. Then they played the final against Adanaspor and beat them 3-2 after a dramatic match on 27 May 2012. This was their 3rd consecutive victory in play-off finals since 2007. Thus, they will represent their neighbourhood in Süper Lig in the 2012–13 season. Despite challenging for a Europa League spot throughout the season, rising as a dark horse in the league, a series of dismal performances in the final few matches saw Kasımpaşa finishing sixth in the table, five points away from Bursaspor on fourth, the final Europa League qualification spot.

Since 2013 Kasımpaşa have lured well known players such as Ryan Babel from Ajax and striker Eren Derdiyok from the Bundesliga and have continued to invest and strengthen their squad and as a result Kasımpaşa is now one of Turkey's stronger clubs.

Recep Tayyip Erdoğan Stadium (a.k.a. Kasımpaşa Stadium) is a multi-use stadium in the Kasımpaşa neighbourhood of Istanbul, Turkey. It is currently used mostly for football matches, and is the home stadium of Kasımpaşa S.K. The stadium capacity was extended to 14,234 spectators. Due to extension works, Kasımpaşa played most of its home matches in the Atatürk Olympic Stadium in the 2007–2008 season. It is named after the incumbent Turkish President Recep Tayyip Erdoğan, who is a native of Kasımpaşa.