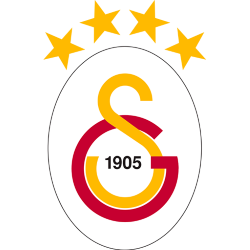 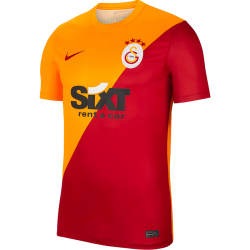 Galatasaray has won 50 domestic trophies, including a record 20 Süper Lig titles, a record 16 Turkish Cups and a record 14 Turkish Super Cups. It is one of three teams to have participated in all seasons of the Turkish Süper Lig since 1959, following the dissolution of the Istanbul Football League, and are the only club to have won the Süper Lig in four successive seasons.

Internationally, Galatasaray has won the UEFA Cup and UEFA Super Cup in 2000, becoming the first and only Turkish team to win a European trophy. In the 1999–2000 season, the club achieved the rare feat of completing a quadruple by winning the Turkish Süper Lig, the Turkish Cup, the UEFA Cup and the UEFA Super Cup in a single season. Galatasaray is also the only Turkish club to have been ranked 1st on the IFFHS World Rankings.

Since 2011, the club's stadium is the 52,652 capacity Türk Telekom Arena in Seyrantepe, Istanbul. Previously, the club had played at the Ali Sami Yen Stadium, as well as a succession of other grounds in Istanbul, which included groundshares with Beşiktaş and Fenerbahçe at the Taksim Stadium and İnönü Stadium.

The club has a long-standing rivalry with other major Istanbul teams, namely with Beşiktaş and Fenerbahçe. The derby between Galatasaray and Fenerbahçe is dubbed the Kıtalar Arası Derbi (English: Intercontinental Derby) due to the location of their headquarters and stadiums on the European (Galatasaray) and Asian (Fenerbahçe) sides of the Bosphorus strait in Istanbul.

As a result of the team's twentieth championship for the 2014–15 season of the Süper Lig, their logo hereafter contains 4 stars representing their 20 championships for the league. Each star corresponds to the team's 5 championships.

Officially Ali Sami Yen Spor Kompleksi – Türk Telekom Stadium, is a football stadium serving as the home ground of the Süper Lig club Galatasaray S.K.. It is located in the Seyrantepe quarter of the Sarıyer district, on the European side of Istanbul, Turkey. The all-seater stadium has the capacity to host 52,223 spectators during football games.