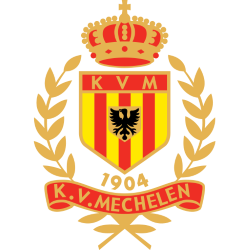 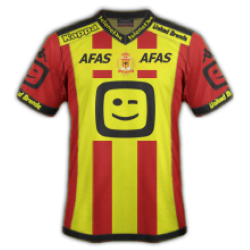 Yellow Red Koninklijke Voetbalclub Mechelen, often simply called KV Mechelen or KVM, or by their former French name FC Malinois, is a Belgian professional football club based in Mechelen in the Antwerp province. KV Mechelen plays in the Belgian First Division A. They have won four Belgian championships and twice the Belgian Cup, as well as the 1987–88 European Cup Winners' Cup and the 1988 European Super Cup. They collected most of their honours in the 1940s and in the 1980s.

KV Mechelen was founded in 1904 and, in 1921–22, promoted to the first division. After two successive relegation and promotion, they were back for good between 1928–29 and 1955–56. In the 1960s and 1970s, the club had several promotions and relegations between the first and second division. From 1983–84 to 1996–97, they had a successful first division spell, with a title and several second- and third-place finishes. During that period, they also won a European Cup Winners' Cup and they reached the same competition semi-finals as well as the European Cup quarter-finals.

KV Mechelen declined in the late 1990s though they had two more spells at the highest level from 1999–2000 to 2000–01 and in 2002–03. At the end of that season, the club did not receive their Belgian professional football license. They were therefore relegated to the third division with a nine-point penalty. After two promotions in 2004–05 and in 2006–07, KV Mechelen returned to the first division.

The club's outfits are a striped yellow and red shirt with black shorts and socks. They play their home matches at the Argosstadion Achter de Kazerne, where Argos is their stadium sponsor and Achter de Kazerne means 'Behind the Barracks'. The stadium has been named so because there used to be barracks next to stadium. KV Mechelen fans have a long-standing rivalry with KRC Mechelen.

In the past it was called Scarletstadion (2003-2006) due to sponsorship of Scarlet. It was the first commercialized stadium-name use in Belgium. After this, Veolia took over the deal (2006-2009) followed by Argos Oil until may 2015. AFAS Software started with a sponsorship deal and is currently the name-holder of Achter de Kazerne. Currently the ground is being renovated to reach a capacity of over 18,500.