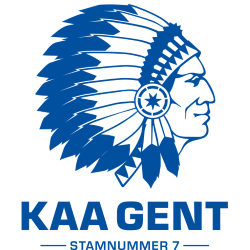 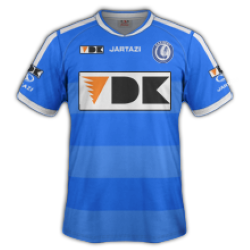 Koninklijke Atletiek Associatie Gent (Dutch pronunciation: , English: Royal Athletic Association Ghent), often simply known as Ghent or by their nickname De Buffalo's (English: The Buffalos), is a Belgian football, track and field and field hockey club, based in the city of Ghent, East Flanders. They have been playing in the Belgian Pro League since the 1989–90 season. They won the national league once, in 2014–15, in addition to three Belgian Cup victories. Ghent played their home matches in the Jules Ottenstadion in Gentbrugge from 1920 until 2013, when they moved to the Ghelamco Arena. Their team colours are blue and white. The principal sponsor is the financial institution VDK NV.

The field hockey and track and field divisions were founded in 1864, making it one of the oldest sporting clubs in Belgium. The club was then known under their French name La Gantoise (and they are still referred to as such in the French-speaking part of Belgium). They changed their name to the current Dutch version in 1971. The football division opened in 1900. The nickname of the club is De Buffalo's, a term coined after a visit of the original Buffalo Bill and his Wild West circus to the city in the early 20th century. Ghent enjoyed a first spell at the highest level in Belgian football between 1913–14 and 1928–29, and a second one from 1936–37 to 1966–67. In the 1970s and 1980s, the club had several promotions and relegations between the first and second divisions, to come back at the highest level in 1989. The club reached the 1991-92 UEFA Cup quarter-finals, which is their best achievement ever in European competitions.

The Ghelamco Arena (also called Arteveldestadion) is a multi-use stadium in Ghent, Belgium. It hosts the home matches of football club K.A.A. Gent and was officially opened on July 17, 2013, making it the first new-built Belgian football stadium since 1974.

The stadium seats 20,000 and replaced the Jules Ottenstadion, which had been Gent's home since 1920. The stadium hosted its first competitive match on 4 August 2013, when Gent won 2-1 over KV Mechelen.