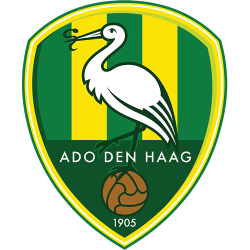 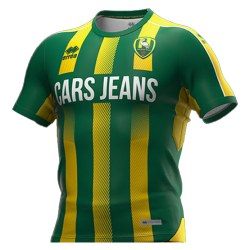 Alles Door Oefening Den Haag, commonly known by the abbreviated name ADO Den Haag , is a Dutch association football club from the city of The Hague. The club was for a time known as FC Den Haag , with ADO representing the amateur branch of the club. Despite being from one of the traditional three large Dutch cities, it has not been able to match Ajax, Feyenoord or PSV in terms of success in the Eredivisie or in European competition. There is nonetheless a big rivalry with Ajax and Feyenoord. The words Alles Door Oefening translate into Everything Through Practice in Dutch. The Cars Jeans Stadion is a multi-use stadium in The Hague, Netherlands, designed by Zwarts & Jansma Architects. Completed in 2007, the stadium is used mostly for football and field hockey. It is also the home stadium of ADO Den Haag. It has a capacity of 15,000 people, and replaced ADO's former stadium Zuiderpark which was considerably smaller. Since mid-2019 it also serves as the home of AZ Alkmaar, whose AFAS Stadion is undergoing major renovation after a roof collapse. Due to UEFA's sponsorship regulations, the stadium is named ADO Den Haag Stadium on European matches. Since the 15th of December AZ Alkmaar returned to their old stadium.

Despite being one of the three largest cities in the Netherlands, the clubs attendances have been traditionally smaller than their rivals Ajax, Feyenoord and PSV Eindhoven. It was the venue for the 2014 Hockey World Cup.