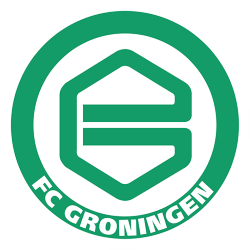 Football Club Groningen is a Dutch professional football club based in Groningen. The club plays in the Eredivisie, the highest football league of the Netherlands.

The club was founded in 1915 as Unitas, later being renamed GVAV in 1917 and FC Groningen in 1971. Their home stadium was the Oosterpark Stadion from 1971 to 2005, while they currently play at the Hitachi Capital Mobility Stadion. The stadium is more commonly referred to with its former name, Euroborg. The Euroborg, for sponsorship reasons the Hitachi Capital Mobility Stadion, or Hitachi Stadion for short, is the stadium of football club FC Groningen, with a capacity of 22,329 seats and located in Boumaboulevard 41, to the south-east of Groningen. The stadium site houses a casino, movie theater, school, supermarket, and a fitness centre. A temporary railway station at the Euroborg Stadium opened in late 2007, and a permanent one opened in 2013. The stadium's seats are completely clad in the club's colors of green and white, with 1,000 seats available for supporters of the away team.