Feyenoord Rotterdam (Dutch pronunciation: ) is a Dutch professional football club from Rotterdam, that plays in the Eredivisie. Founded as Wilhelmina in 1908, the club changed its name in 1912 to SC Feijenoord (since 1973 Feyenoord for international reasons ) and moved to De Kuip in 1937.

Feyenoord is one of the most successful clubs in the Netherlands, winning 14 Eredivisie titles, 11 KNVB Cups and two Johan Cruijff Shields. The club also has won one European Cup, two UEFA Cups and one Intercontinental Cup. The club is historically one of the three clubs that have dominated the Eredivisie (first tier) of Dutch football, the others being Ajax and PSV. These three clubs have always played in the Eredivisie, since its inception in 1952, and have never been relegated to lower divisions.

Feyenoord is known as a people's club, with a huge national support. The club's most successful period in history was the 1960s and '70s when Coen Moulijn and Ove Kindvall led the club to six league titles, two European trophies, an Intercontinental cup and thereby becoming the first Dutch club to win the European Cup and the Intercontinental Cup.

Feyenoord has a longstanding rivalry with Ajax, as a clash between the two biggest cities in The Netherlands, which is called De Klassieker (The Classic). The club's anthem is "Hand in Hand".

The football club Wilhelmina was founded in the pub De Vereeniging on 19 July 1908 and played in blue-sleeved red shirts and white shorts. Between 1908, 1910, 1911 and 1912, the club underwent a series of changes of name and team colours, becoming Hillesluise Football Club in 1909 and then RVV Celeritas. Upon earning promotion to the National football association in 1912, the club renamed to become SC Feijenoord, after the city district in which the team was founded and again changed uniform, adopting the red and white shirts, black shorts and black socks they still wear today. In 1917, Feijenoord were promoted to the highest level of Dutch football, 1e klasse (1st division) and moved to the ground Kromme Zandweg.

Stadion Feijenoord, more commonly known by its nickname De Kuip (Dutch pronunciation: ) (the Tub), is a stadium in Rotterdam, Netherlands that was completed in 1937. The name is derived from the area "Feijenoord" in Rotterdam, and from the club with the same name (although the club's name was internationalised to Feyenoord in 1973). The stadium's original capacity was 64,000. In 1949 it was expanded to 69,000, and in 1994 it was renovated again for a capacity of 51,117. 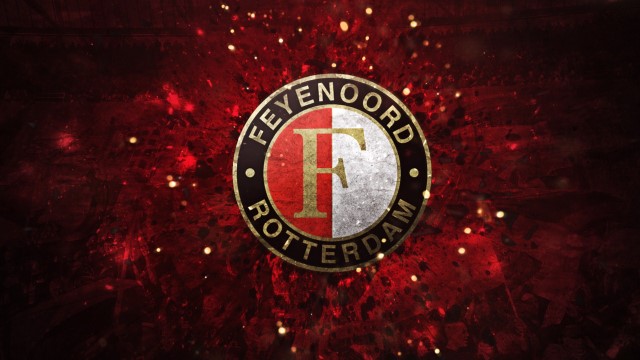