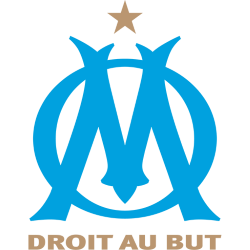 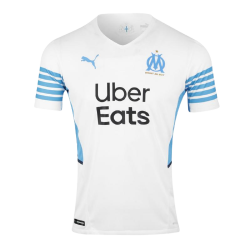 Founded in 1899, the club play in Ligue 1 and have spent most of their history in the top tier of French football. Marseille have been French champions ten times (nine times in Ligue 1) and have won the Coupe de France a record ten times. In 1993, the club became the first and only French club to win the UEFA Champions League. In 1994, Marseille were relegated because of a bribery scandal, losing their domestic trophy, but not the UEFA Champions League title. In 2010, Marseille became French champions again, under the stewardship of former club captain Didier Deschamps.

Marseille's home ground is the 67,000-person-capacity Stade Vélodrome located in the southern part of the city, where they have played since 1937. The Stade Vélodrome is renowned for its lively atmosphere. The club have a large fan-base having regularly averaged the highest all-time attendance in French football. Marseille's average home gate for the 2008–09 season was 52,276, the highest in Ligue 1. The stadium underwent renovation in 2011, going from its previous capacity of 60,031 to 42,000. Following completion in August 2014, the final capacity will be 67,000 ahead of France's hosting of UEFA Euro 2016. The club is sixteenth globally in terms of annual revenue, generating €135.7 million in 2012.

In 1997, Marseille was purchased by Franco-Swiss businessman Robert Louis-Dreyfus. Following the death of Louis-Dreyfus, his widow Margarita became the club's majority shareholder in 2010. The Stade Vélodrome is a multi-purpose stadium in Marseille, France. It is home to the Olympique de Marseille football club of Ligue 1 since it opened in 1937, and was a venue in the 1998 FIFA World Cup and the 2007 Rugby World Cup. It occasionally hosts RC Toulon rugby club of the Top 14. It is the largest club football ground in France, with a capacity of 67,344 spectators. The stadium is also used regularly by the French rugby union team.

The record attendance for a club game at the Stade Vélodrome was of 58,897 (for a UEFA Cup semi-final against Newcastle United in 2004). The stadium was also featured as a Football World Cup venue when the 1938 finals were held in France. The first-ever match to be played was between Marseille and Torino in 1937.

The French rugby union team began an impressive run of victories at the stadium in the early 2000s. They defeated the All Blacks 42–33 in November 2000, and in 2001 defeated Australia by one point. They beat the Springboks in 2002, followed by a win over England in 2003. However, their run of luck was broken in 2004 when they lost 14–24 to Argentina. The venue was used by France in November 2009 when the French played the New Zealand All Blacks. France is not the only rugby team to have used the Vélodrome in recent years. On April 18, 2009, Toulon took their home fixture in the Top 14 against Toulouse to the Vélodrome, drawing 57,039 spectators to see a 14–6 Toulon win which played a key role in the Toulonnais' successful fight against relegation in the 2008–09 season. Toulon has taken two home matches to the Vélodrome in each of the succeeding two seasons. The Vélodrome was also the venue for both semi-finals in the 2010–11 Top 14 season, and was used for the Toulon v Munster semi-final of the 2013–14 Heineken Cup.