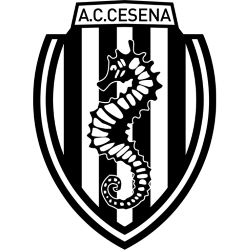 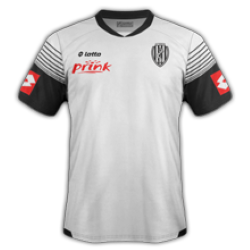 Associazione Calcio Cesena is an Italian football club based in Cesena, Romagna.

The club was formed in 1940 and won the first promotion to Serie A in 1973. Since then, the club have been in the Serie A for a total of 11 seasons, reaching the best achievement in 1976 with a sixth place finish and a short run in the following season's UEFA Cup. The other three promotions in Serie A have been achieved in 1981, 1987, and 2010, the last one after two consecutive promotions — from the third league (Lega Pro) in 2009 and from Serie B in 2010, both won in the final game of the season. The club currently plays in the Serie A, promoted at the end of the 2013–14 season. Stadio Dino Manuzzi is a football stadium in Cesena, Italy. It is currently the home of A.C. Cesena. The stadium holds 23,860.

The stadium was initially constructed in 1957 but at the time had no seats, just two terraces. In 1973, when AC Cesena reached Serie A status, the stadium was greatly expanded and could hold 30,000 spectators. In this version of the stadium, the highest ever attendance was recorded when on the 10th of February 1974, 35,991 people watched Cesena defeat giants AC Milan. The stadium was called La Fiorita from its construction until 1982, when it became named after former Cesena president Dino Manuzzi.

In 1988 the stadium underwent a complete restructuring were all of the existing stands were demolished and then rebuilt. The new capacity was reduced to 23,860.

As a part of Italy's Euro 2016 bid, the Dino Manuzzi was included and there were plans to invest close to €30m on the stadium. The planned changes included an increase in capacity to over 31,000 new press boxes, VIP lounges and media boxes. This fell through after Euro 2016 was awarded to France.

At the beginning of the 2011/12 season, the pitch was converted to an artificial playing surface, with Cesena becoming the first club to do so. On the 13th of August, 2011, at the end of the Italy - Japan rugby match, fans were allowed to enter the pitch and take a cut out of grass with them. That same summer some further work was carried out on the stadium, including a capacity expansion by 1,000 seats. New chairs were installed. The chairs were a white and black colour and on one terrace they spell out AC Cesena. Two Plexiglas boxes were also installed on the side of the pitch, each holding eight supporters, where the fans can track the progress of the match from just a few meters away.