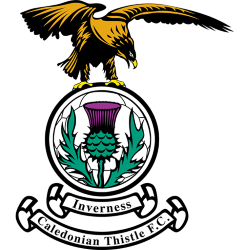 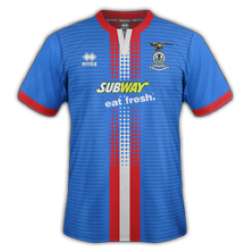 Inverness Caledonian Thistle Football Club (also known as Caley Thistle, ICT, The Caley Jags or Inverness CT) are a football club from Inverness, Scotland who compete in the Scottish Premiership. They are currently managed by John Hughes and his assistant, Brian Rice.

Caledonian Thistle F.C. were formed in August 1994 by the merger of Caledonian and Inverness Thistle, both members of the Highland Football League. The new club was formed with a view to applying for one of the two vacancies in the Scottish Football League, created when the league restructured in 1994 to four divisions of ten teams each. They were successful and were elected to the Scottish Third Division along with Highland derby rivals Ross County. The club's name was amended to Inverness Caledonian Thistle F.C. in 1996 at the request of Inverness District Council. The council had contributed £900,000 towards the development of Caledonian Stadium, now known for sponsorship reasons as the Tulloch Caledonian Stadium. The stadium is situated beside the Moray Firth, in the shadow of the Kessock Bridge. Its construction was promised in their election to the Scottish Football League. The former ground of Caledonian, Telford Street, was used until the new stadium was complete.
Inverness CT were relegated to the Scottish Championship on the final day of the 2016–17 season, despite recording a 3–2 victory over Motherwell.

The Caledonian Stadium, currently known as the Tulloch Caledonian Stadium for sponsorship reasons, is an association football stadium situated in the Longman area of Inverness, Scotland. The stadium plays host to the home matches of Scottish Premiership team Inverness Caledonian Thistle.