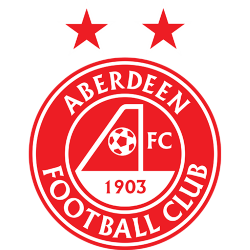 Rangers vs Aberdeen (15 May) 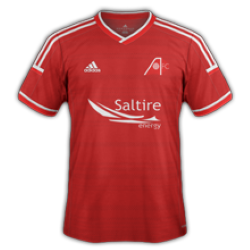 Aberdeen Football Club (also known as The Dons or The Reds) are a Scottish professional football club based in Aberdeen. They compete in the Scottish Premiership having won four league titles and seven Scottish Cups, including a record three in a row during the 1980s, the only time a team other than Rangers has done this since 1882. They are also the only Scottish team to have won two European trophies, both in the same year, and have never been relegated from the top division of the Scottish football league system.

Formed in 1903 as a result of the amalgamation of three clubs from Aberdeen, they rarely challenged for honours until the post war decade, when they won each of the major Scottish trophies under manager Dave Halliday. This level of success was surpassed in the 1980s, when, under the management of Alex Ferguson, they won three league titles, four Scottish Cups and a Scottish League Cup, alongside the European Cup Winners' Cup and the European Super Cup, both in 1983. Aberdeen were the last club outside of the Old Firm to win a league title, in 1984–85, and also the last Scottish team to win a European trophy. The team has enjoyed less success since this golden era, but a 19-year wait for a major trophy was ended by winning the 2013–14 Scottish League Cup.

Aberdeen have played at Pittodrie Stadium since their inception. The ground currently has a capacity of 21,421 and was the first all-seated and all-covered stadium in the United Kingdom. Pittodrie was also the first football stadium to feature a dugout, an invention of player and coach Donald Colman. The club's colours have been primarily red and white since 1939; before this, they played in black and gold vertical stripes. Aberdeen attract support from the city and surrounding areas, as they are the only senior team within a wide area. Aberdeen have no geographically close rivals; their nearest neighbours at the same level are in the city of Dundee. Pittodrie is an all-seated football stadium situated in the Scottish city of Aberdeen. It was first used in 1899 and from 1903 has been the home of Aberdeen Football Club. Since then, it has been the location of a number of firsts in the field of stadium design, notably becoming one of the first all-seater stadia in the United Kingdom.

It is now one of the largest football stadia in Scotland and has a seating capacity of 20,961; only Celtic Park, Murrayfield, Hampden and Ibrox are larger. In addition to its main duty of hosting home matches for Aberdeen FC, it has been the venue for a number of Scottish international matches and occasional games of rugby union.