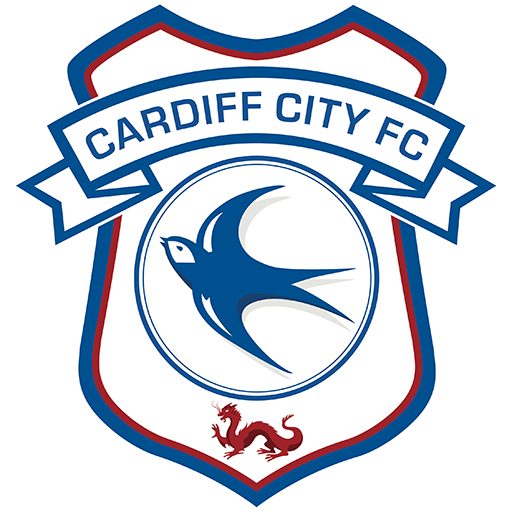 Cardiff City Football Club is a professional football club based in Cardiff, Wales that competes in the English football league system. The club played in the Premier League for the first time in the 2013–14 season, at the end of which they were relegated. They play their home games at the Cardiff City Stadium, after moving from Ninian Park in 2009.

The club was founded as Riverside A.F.C. in 1899 and is the only club from outside England to have won the FA Cup, which they won in 1927. The club won the Football League Championship title in the 2012–13 season and were promoted to the top flight for the first time in 51 years. This followed two lost national cup finals, the 2008 FA Cup Final against Portsmouth and the 2012 Football League Cup Final against Liverpool, the latter being settled by a penalty shootout.

In 2012, Cardiff City was rebranded by the club's Malaysian owner, Vincent Tan. This included a controversial change of the club's home colours from blue to red.

Riverside A.F.C. was formed in 1899 as a way of keeping players from the Riverside Cricket Club together and in shape during the winter months. Their first season saw them playing friendlies against local sides at their Sophia Gardens ground, but in 1900 they joined the Cardiff & District League for their first competitive season. In 1905 Cardiff was granted city status by King Edward VII, and as a result the club put in a request to change their name to Cardiff City, but the request was turned down as they were deemed to be not playing at a high enough level. To combat this they arranged to join the South Wales Amateur League in 1907 and the following year they were granted permission to change the name of the club to Cardiff City.

Interest in the club began to rise during this time, but they were forced to turn down the opportunity to join the newly formed Southern League Second Division due to the lack of facilities at their Sophia Gardens ground. Over the next two years Cardiff welcomed many of Britain's top sides to Cardiff, including Middlesbrough, Bristol City and Crystal Palace, with the matches being played at various grounds in Cardiff and nearby towns. The club would eventually move into their new ground, Ninian Park, in 1910. The club made its first signing the following year with the acquisition of Jack Evans from fellow Welsh club Cwmparc FC.

With the new ground in place, Cardiff joined the Southern League Second Division, and Bartley Wilson was quick to hire the club's first manager in Davy McDougall, who became player-manager. Their first match was a 2–1 defeat to Aston Villa, in which new signing Evans scored the only Cardiff goal. They went on to finish in fourth place in their first year in the league. They stayed in the division for the next decade, apart from when the league was suspended due to the outbreak of World War I. After the Millennium Stadium, it is the second largest stadium in Cardiff and in Wales. The stadium is part of the Leckwith development, which also includes the Cardiff International Sports Stadium. A branded sponsor name will be assigned as and when the naming rights are sold. The stadium was officially opened on 22 July 2009, with Cardiff City playing a friendly match against Celtic.