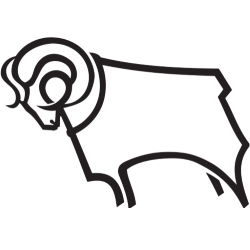 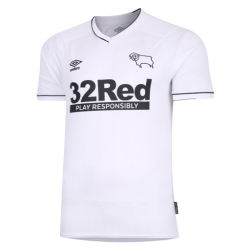 Derby County Football Club /ˈdɑrbi ˈkaʊnti/ is an English football club based in Derby. Notable for being one of the twelve founder members of the Football League in 1888, it is one of only ten clubs to have competed in every season of the English football league system and, in 2009, was ranked 137th in the top 200 European football teams of the 20th century by International Federation of Football History and Statistics.

Derby County F.C. was founded in 1884, by William Morley, as an offshoot of Derbyshire County Cricket Club; it has spent all but four seasons in the top two divisions of English football. The club's competitive peak came in the 1970s when they were twice English League Champions and competed in major European competitions on four separate occasions, reaching the European Cup semi-finals, as well as winning several minor trophies. Additionally, the club was a strong force in the interwar years and won the 1945–46 FA Cup.

The club adopted its now traditional black and white club colours in the 1890s and appropriated its club nickname The Rams, a tribute to its links with the First Regiment of Derby Militia, which took a ram as its mascot and the song "The Derby Ram" as its regimental song, at the same time. Home games are played at the iPro Stadium, located in Pride Park, Derby, where the club moved in 1997. As of 2014, the club plays in the Football League Championship and are managed by Steve McClaren. Pride Park Stadium, currently known officially as the iPro Stadium for sponsorship purposes, is an all-seater football stadium located on the Pride Park business park on the outskirts of Derby, England. It is the current home of Football League Championship club Derby County, who moved to the stadium from the Baseball Ground upon its opening in 1997. With space for 33,597 spectators, Pride Park Stadium has the sixteenth-largest capacity of any English football stadium, the twentieth-largest of any stadium in the United Kingdom, and the one hundred and twenty-first-largest in Europe.

The ground has hosted one full England international. Pride Park was renamed the iPro Stadium on 7 December 2013, as part of a 10-year, £7 million sponsorship deal with global sports' drink company iPro.

Before moving to the Pride Park Stadium, Derby County were based at The Baseball Ground since 1895. Although at its peak the ground had held over 40,000 (the record attendance being 41,826 for a match against Tottenham Hotspur in 1969) the Taylor Report, actioned after the 1989 Hillsborough Disaster had seen the legal requirement for English football stadia to become all-seater by 1994–95 season resulting in its capacity dwindling to just 17,500 by the mid-1990s, not enough for the then-ambitious second tier club. An additional problem came with the ground's wooden components (considered unacceptable in the wake of the Bradford City stadium fire in 1985) and, in February 1996, chairman Lionel Pickering made the decision to move the club to a new stadium, having originally planned to rebuild the Baseball Ground as a 26,000-seat stadium.

The club originally planned to build a purpose-built 30,000-seat stadium at Pride Park, with 4,000 car parking spaces, restaurant and conference facilities, a fitness centre, a supporters club and new training ground. A year later the stadium plan was changed to become part of a £46 million project by the Stadivarios group that would also include a 10,000-seat indoor arena. However, Peter Gadsby, the club's associate director at the time and head of the Miller Birch construction company felt the project was both too ambitious and expensive and instead plans were drawn up by new Chairman Lionel Pickering to modernise and extend the Baseball Ground to hold 26,000, at a cost of £10 million. However, despite signing a construction agreement with Taylor Woodrow, Gadsby suggested the club make a second attempt at securing the then-redeveloping Pride Park business park, settling with Derby City Council for a smaller site than previously agreed. On 21 February 1996, prior to a match against Luton Town at The Baseball Ground, the club announced to supporters the decision to move to a £16 m state-of-the-art stadium for the start of the 1997–98 season.

Derby City Council were paid £1.8 million for the land and the club's four directors – Lionel Pickering, Peter Gadsby, Stuart Webb and John Kirkland each paid £2.5m towards a package deal to pay for the stadium. The stadium itself was based upon Middlesbrough's Riverside Stadium, which opened in 1995, though it had more than 30 amendments to the original plans. After toying with the idea of naming the new ground "The New Baseball Ground", it was settled that the club's new home would be called The Pride Park Stadium. 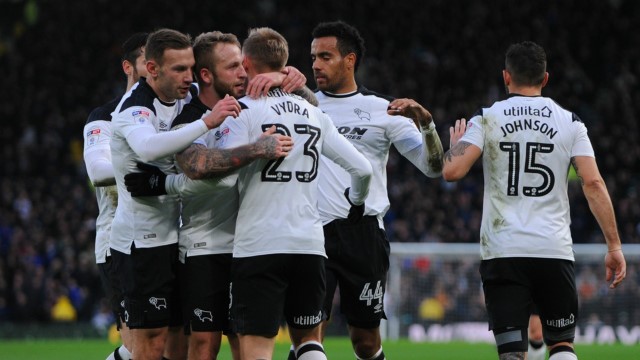