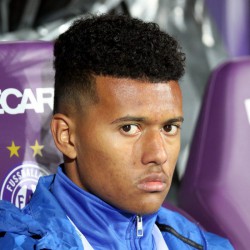 Nicholas "Niko" Antero Hämäläinen (born 5 March 1997) is an American-born Finnish footballer who plays as a midfielder or a defender for Queens Park Rangers.

Born and raised in the United States to a Finnish father and an American mother, Hämäläinen played for Finland at various youth levels, and made his debut at senior level in a friendly match against Estonia on 11 January 2019.

He made his league debut for QPR as a substitute for Joel Lynch in a 2–1 win against West London rivals Fulham on 1 October 2016. He made his first appearance in the starting lineup on 22 October 2016 in a match against Sheffield Wednesday.

Hämäläinen made his professional debut on 12 August 2015, in Dagenham & Redbridge's 1–4 loss to Charlton Athletic in the League Cup. He was named in the starting eleven and was replaced by Ashley Hemmings in the 58th minute. His loan was extended in September 2015 for an additional month.

2018–19: Los Angeles FC loan
On 25 February 2019, Hämäläinen joined Major League Soccer side Los Angeles FC on a six-month loan deal. Prior to his signing, Jordan Harvey was the only recognised left-back at LAFC. After the announcement of the signing, general manager John Thorrington said “Niko has a bright future ahead of him and we look forward to furthering his professional development at LAFC... I am confident he will prove to be a valuable addition to the group". He made his debut when he came off the bench in the 81st minute and made an assist in the 90+2 minute for the winner in a 2-1 win over Real Salt Lake.

He made his senior debut for the Finland national football team on 11 January 2019 at Khalifa International Stadium in Doha, Qatar, in a friendly match against Estonia. He played for 84 minutes until he was replaced by Juha Pirinen.

Personal life
Hämäläinen was born and raised in the United States. He is of African-American and Finnish descent. He is the son of Timo Hämäläinen, who played for the Finnish football club Koparit in 1978–1982 in the SM-sarja before moving to the United States to work.