Sir Nicholas Alexander Faldo, MBE (born 18 July 1957) is an English professional golfer who is now mainly an on-air golf analyst. A top player of his era, renowned for his dedication to the game, he was ranked No. 1 on the Official World Golf Ranking for a total of 97 weeks. His 41 professional wins include 30 victories on the European Tour and six major championships: three Open Championships (1987, 1990, 1992) and three Masters (1989, 1990, 1996).
Faldo has since become a television commentator for major golf championships. In 2006, he became the lead golf analyst for CBS Sports. In 2012, Faldo joined the BBC Sport on-air team for coverage of the Open Championship.
Faldo's golf prowess was soon noticed in the United States, where he was given a golf scholarship to the University of Houston. He attended for ten weeks, but he felt the distraction of going to school hurt his golf game. After leaving the school, Faldo then turned professional in 1976 and joined the European Professional Golfers Association. Faldo achieved instant European Tour successes, finishing eighth on the Order of Merit in 1977, and third in 1978; and winning a European Tour event in each of those seasons (in 1977, he became the then-youngest Ryder Cup player at the age of 20). 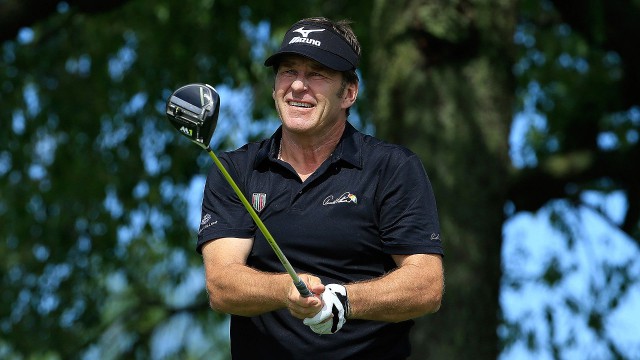