Tom Sykes (born 19 August 1985 in Huddersfield, West Yorkshire, England) is a professional motorcycle racer who has competed in World Superbike Championship for ten years. Following his fourth place finish in 2018, Sykes left the Kawasaki factory racing team and will be racing for the BMW Motorrad WorldSBK Team in 2019.
In 2007 he gained his first ride in British Superbikes, riding a Stobart Vent-Axia Honda; Sykes finished in sixth position in the championship in his rookie year. Following this success he was signed by the Rizla Suzuki team for the 2008 season; he went on to finish 4th in the championship as well as making wildcard World Superbike appearances at Brands Hatch & Donington Park, where he impressed strongly, helping him gain a World Superbike ride at Yamaha Motor Italia for the 2009 season.
Heading into his 10th full season in the MOTUL FIM Superbike World Championship, Tom Sykes has as strong relationship with his Kawasaki Racing Team and will look at adding more trophies to his cabinet for 2018. Moving over to the paddock in 2007, Sykes began his career in the British Superbike Championship where he narrowly missed out on the title to Cal Crutchlow in 2006.
Missing out on the WorldSBK championship by half a point in 2012, he was able to secure the world title with the Provec squad in 2013. Following this success, he has been able to keep on winning for the team but has been unable to regain the crown. 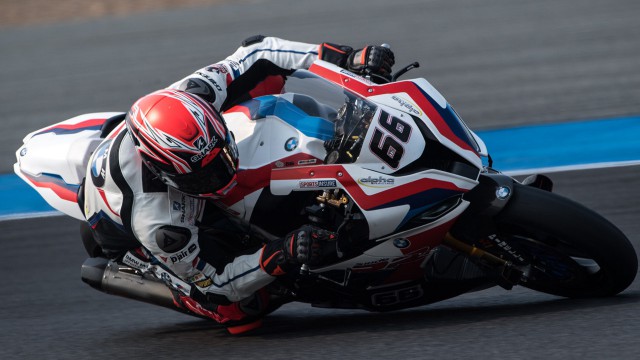