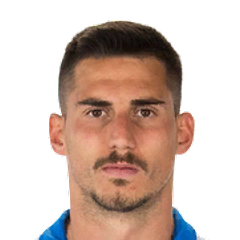 Club career
Resende
Born in Rio de Janeiro, Gabriel and his older brother Guilherme started each of their careers at Resende Futebol Clube; Gabriel signed his first contract on 23 July 2010. He played his first senior season with the club during the 2011 Campeonato Carioca, the regional league in the state of Rio.

Juventus and loans
In April 2011, Italian newspaper, Tuttosport reported that Juventus Football Club signed both Gabriel and Guilherme, however due to bureatic reasons, Gabriel couldn't move to Italy until after his 18th birthday. In January 2012 Gabriel officially signed with the Italian club for a fee of €2 million, though the deal had virtually been complete since 21 April 2011. After joining the Italian side, Gabriel joined the club's youth academy and played the remaining half-season for Juventus' reserve during the 2011–12 season.

On 30 August 2012, Gabriel was sent on a season-long loan deal to Serie B newcomer Pro Vercelli, another Piedmont-based team, along with Juventus teammate, Alberto Masi. Gabriel made his Serie B debut on 9 September 2012 as 61st-minute substitute in a 1–2 home loss against Livorno in what would impressively be his first and only substitute appearance for the club. He made his first start on 15 September against Sassuolo and went on to start the next ten league matches prior to suffering a major injury on 10 November 2012 in a home match against Modena. After four months on the sidelines, Gabriel returned to Pro Vercelli's starting lineup on 2 March 2013 in a 1–1 away draw at Juve Stabia. Gabriel remained in the club's starting lineup for the remainder of the campaign, making 25 league appearances and scoring 1 league goal despite the long injury absence.

Gabriel returned to Juventus on 30 June 2013 and two months later, he was sent out on another season-long loan deal to Serie B side Spezia on 26 August 2013. He went on to make 19 league appearances for the club before returning to Juventus upon the expiration of the loan deal.

On 23 July 2014, it was officially communicated that Appelt had signed with Serie B side Pescara on a season-long loan deal along with teammate Vincenzo Fiorillo He appeared in 17 matches for the club, scoring once.

Leganés
On 4 August 2015, Gabriel was loaned to Spanish Segunda División side CD Leganés, in a season-long deal. He made his debut for the club on 6 September, coming on as a late substitute for Lluís Sastre in a 1–1 home draw against Real Zaragoza.

Gabriel scored his first goal for Lega on 17 October 2015, netting his team's second in a 2–2 draw against Girona FC. He contributed with 37 appearances and seven goals during the campaign, as his side achieved promotion to La Liga for the first time ever.

On 17 June 2016, Gabriel signed a permanent three-year deal with the Madrid side, who activated his buyout clause for €1 million fee. He made his debut in the main category of Spanish football on 22 August 2016, starting in a 1–0 away win against Celta de Vigo.

Gabriel scored his first goal in the top tier on 17 September 2016, but in a 1–5 home loss against FC Barcelona. The following 8 August, he renewed his contract until 2021.