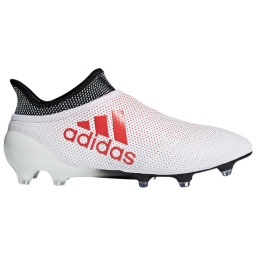 Sokratis Papastathopoulos (Greek: Σωκράτης Παπασταθόπουλος, pronounced ; born 9 June 1988), commonly known by the singular name Sokratis, is a Greek professional footballer who plays as a centre back for Premier League club Arsenal and the Greek national team.

Club career
AEK Athens
Papastathopoulos joined AEK Athens from Apollon Petalidiou after being scouted by Toni Savevski. On 26 October 2005, he made his debut for AEK in a Greek Cup match against PAS Giannina, scoring in the seventh minute of the game to help lead AEK to a 3–0 win.

Arsenal
On 2 July 2018, Arsenal announced that Papastathopoulos has agreed a long-term contract with the club for a reported fee £17.6 million and will wear the number 5 shirt. On 12 August 2018, he made his official debut with the club as a starter, at Emirates in a 2–0 loss against champions Manchester City. On 4 October 2018, Papastathopoulos scored his first for the club, setting the Gunners on their way to a comfortable 3–0 victory over Qarabag in the 2018–19 UEFA Europa League group stage. After just four minutes of play in Baku, the centre-back was left unmarked inside the opposing penalty area, deflecting the ball home after the initial header fell into his path. Papastathopoulos, was named to the UEFA Europa League Team of the Week.

On 15 October 2018, Papastathopoulos was forced off during Greece’s 2–0 defeat to Finland and was believed to have sprained his ankle. Papastathopoulos was at the heart of Unai Emery’s defence since the Spaniard took over the reins in the summer and a fixture in a winning run of nine matches. On 21 February 2019, he netted his second goal as an Arsenal player, taking advantage of a missed punch from BATE Borisov's goalie Denis Scherbitskiy to head the ball into an empty net following a corner kick from Granit Xhaka. The goal sealed a 3–0 home win for Arsenal, sending them through to the round of 32 in the 2018-19 UEFA Europa League.

On 12 April 2019, Papastathopoulos was named to the UEFA Europa League’s ‘Team of the week’, a second time during the season, after playing a vital role in Arsenal’s 2-0 win over Napoli in their quarterfinal first leg matchup. Papastathopoulos was one of four Arsenal players selected in the Europa League ‘Team of the week’ along with Petr Cech, Ainsley Maitland-Niles, and Aaron Ramsey. On 24 April 2019, Papastathopoulos scored his maiden goal in the English Premier League rose highest to connect with a corner from the right wing, masterfully heading the ball into the net from point blank range, but Arsenal slipped to a 1-3 defeat against Wolverhampton Wanderers.

Papastathopoulos became the first player to be sent off at UEFA Euro 2012 during the opening game of the tournament against co-hosts Poland after receiving two yellow cards, following what pundits decried as two poor decisions by referee Carlos Velasco Carballo.

In June 2014, Papastathopoulos was named to Greece's squad for the 2014 FIFA World Cup. He started in each of the team's group matches, helping them to a clean sheet against Japan. In the round of 16, Papastathopoulos scored his first international goal, equalising in second half stoppage time against Costa Rica. However, the Greeks were eventually defeated 5–3 in a penalty shootout by the Central American champions.