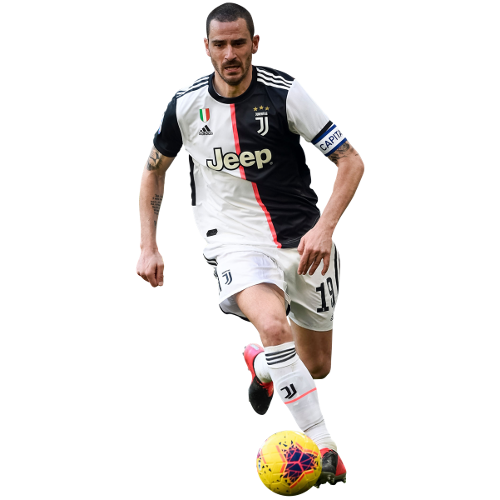 Leonardo Bonucci (born 1 May 1987) is an Italian professional footballer who plays as a centre-back for and vice captain of both Serie A club Juventus and the Italy national team.

After beginning his career with Internazionale in 2005, Bonucci spent the next few seasons on loan at Treviso and Pisa, before moving to Bari in 2009. His technique, ball-playing ability and defensive performances alongside fellow Italian centre-back Andrea Ranocchia earned him a move to Juventus the following season, where he later became a key member of the club's three-man defensive line, alongside Giorgio Chiellini and Andrea Barzagli, establishing himself as one of the best defenders in world football. He went on to win six consecutive Serie A titles with the team between 2012 and 2017. In 2017, he moved to Milan, and one season later returned to Juventus.