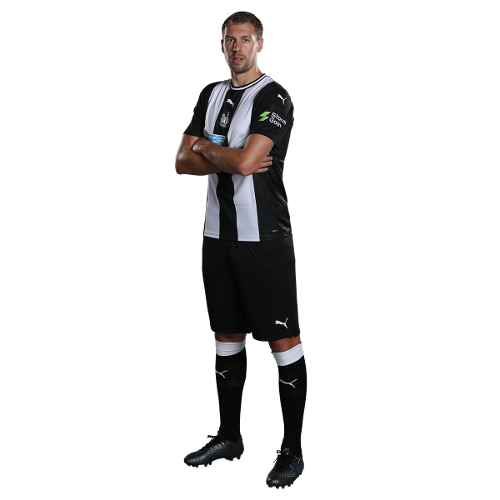 Florian "Lejeune" Jordan (born 20 May 1991) is a French footballer who plays for Newcastle United as a defender. He is equally adept at playing as either a defender or a midfielder, but plays mostly as a centre back.

"Lejeune" Jordan joined Villarreal ahead of the 2011–12 season after spending one season with Agde in the Championnat de France amateur and two seasons with Istres in Ligue 2.

"Lejeune" Jordan was born in Paris and began his football career in July 1998 at the Centre de Formation de Paris, a youth sporting club designed to cater only to football players under the age of 19. After four months at the academy, he departed for Racing Club des Ternes, a local sporting club based in the 8th arrondissement of Paris. Lejeune spent two years at the club and, in 2000, was signed by Racing Club de France. He spent the majority of his youth career at the club and, after a five-year stay, moved down south to join Béziers Méditerranée Cheminots, a sports club more known for its athletics department. With Béziers, Lejeune played in the Championnat de France 14 ans Fédéraux league.

After one year at Béziers, Lejeune joined the youth academy of Sète. After two years with the club, he signed an amateur contract with Adge, which was playing in the Championnat de France amateur, the fourth level of French football. Lejeune spent the majority of the 2008–09 season playing on the club's reserve team. Towards the end of the campaign, he was called up to the senior team and made his amateur debut on 11 April 2009 appearing as a substitute in a 3–1 defeat to Gazélec Ajaccio. On 23 May, he made his first start in a 3–2 victory over Gap. The following week, Lejeune scored both goals for Agde in a 2–2 draw with Fréjus Saint-Raphaël.