Daniel "Dan" Gosling (born 1 February 1990) is an English footballer who plays for Bournemouth as a centre midfielder, right midfielder or right fullback. Gosling is a versatile player, having operated as a box-to-box midfielder on several occasions and occasionally deputised at right back to accommodate substitutions. His previous clubs are Newcastle United, Plymouth Argyle and Everton.

Born in Brixham, Devon, Gosling was spotted by Plymouth Argyle scouts when he was playing in the under-12 side of hometown club Brixham United. On 9 December 2006, at age 16 years and 310 days, he made his professional debut against Hull City, coming on as a first-half substitute for injured Captain Paul Wotton and became the fourth youngest debutant. His full debut came on New Year's Day 2007, against Southampton at Home Park. He proved his versatility in a solid performance, by moving from right-midfield to right-back after an early injury to defender Mathias Kouo-Doumbé.

Gosling established himself as a regular in the reserve team, and his impressive performances were noticed by manager Ian Holloway. At the beginning of March 2007 he trained for a week with Premiership club Chelsea along with team-mates Luke Summerfield and Scott Sinclair. That same year he was named The Herald's Young Sports Personality of the Year in 2007.

In the summer of 2009, Gosling was called up for the final squad to participate in the U19 European Championship and started in every game. He scored a goal against Ukraine in the group stage match to give England the lead but Ukraine equalised to draw 2–2. England ended the tournament as runners-up to Ukraine.

Gosling was called up to the England U21 squad for the first time as a replacement for injured clubmate Jack Rodwell. He was named as a substitute in Stuart Pearce's 18-man squad for the double qualifier against Portugal on 14 November and Lithuania three days later. He made his debut in the match when he came on as an extra time substitute for Fabian Delph against Portugal. 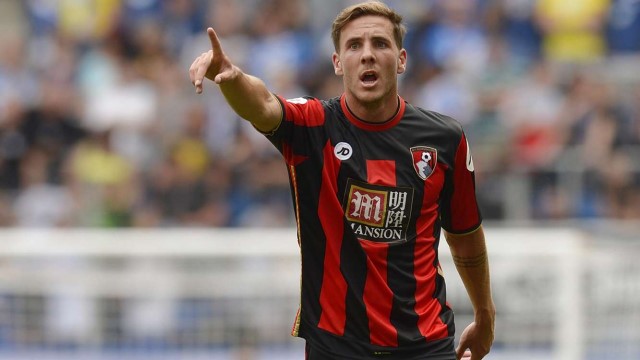