Daniil Vyacheslavovich Kvyat born 26 April 1994, is a Russian auto racing driver currently driving in Formula One for Scuderia AlphaTauri.
He was runner-up at the 2012 Eurocup Formula Renault 2.0, and a champion in 2012 Formula Renault 2.0 Alps Series and 2013 GP3 Series. He made his debut in Formula One as a Toro Rosso driver in 2014 finishing 15th in the World Championship. He then moved on to Red Bull Racing to partner Daniel Ricciardo for the 2015 season. He scored his first Formula One podium finish at the 2015 Hungarian Grand Prix, finishing second behind Sebastian Vettel. In his first season with Red Bull Racing, Kvyat finished 7th in the Drivers' Championship, ahead of his teammate. He started 2016 season with Red Bull Racing, scoring his second podium, finishing third at the 2016 Chinese Grand Prix. However, following the controversial collision during the opening lap of his home race in Sochi, Kvyat returned to Toro Rosso ahead of the 2016 Spanish Grand Prix, where he finished the season and was retained by the team for the next one. Although consistently demonstrating solid qualifying performances in 2017, his season was plagued by various problems, including several retirements in races where he could have scored solid points. After the 2017 United States Grand Prix, where he scored his last F1 points up to date, Kvyat and Red Bull parted ways, effectively terminating his contract. In January 2018, it was announced that Kvyat will join Scuderia Ferrari as a development driver. 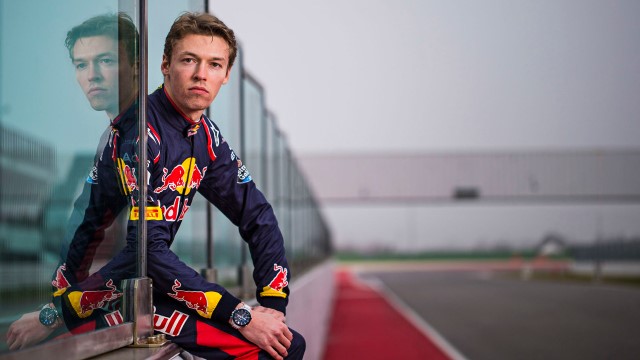