Bernd Leno (born 4 March 1992) is a German professional footballer who plays as a goalkeeper for Premier League club Arsenal and the German national team.

Club career
VfB Stuttgart
In May 2011, Leno extended his contract with VfB Stuttgart until June 2014.

Loan to Bayer Leverkusen
On 10 August 2011, he was loaned out to Bayer 04 Leverkusen until 31 December 2011. Four days after the five months loan deal was signed, Leno made his Bundesliga debut against SV Werder Bremen. He became after Dirk Krüssenberg and Heribert Macherey the third goalkeeper in Bundesliga history to keep a clean sheet in his first three Bundesliga games. When he played on 13 September 2011, at the age of 19 years and 193 days, against Chelsea in the 2011–12 UEFA Champions League group stage he became the youngest German goalkeeper to ever to play in a Champions League match.

Bayer Leverkusen
The transfer was made permanent on 30 November 2011, when Leno received a deal that keeps him with Bayer until 2017. Leno became a regular in the first team and after a string of impressive performances, on 8 November 2013, he signed an improved contract to keep him at the club until 2018. He made his 300th competitive appearance for Leverkusen on 14 April 2018 in a 4–1 league win over Eintracht Frankfurt.

International career
Leno received his first call up to the senior Germany team in October 2015 for UEFA Euro 2016 qualifiers against Republic of Ireland and Georgia. 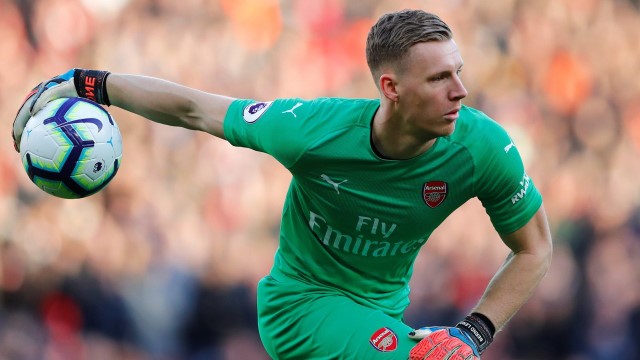