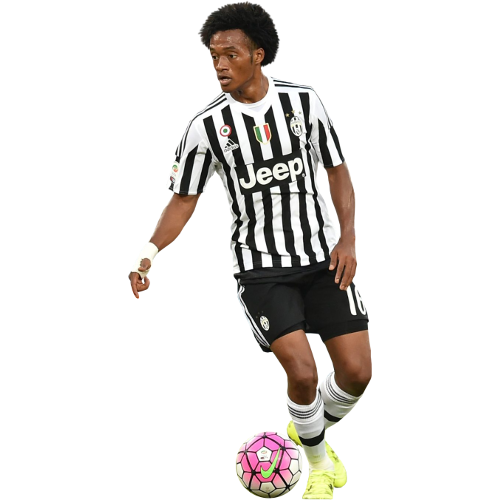 Juan Guillermo Cuadrado Bello (born 26 May 1988) is a Colombian professional footballer who plays as a winger for Serie A club Juventus and the Colombia national team. He is known for his direct style of play, including his pace (both on and off the ball) as well as his dribbling skills. He started off in a central midfield role, acting as a defensive midfielder early in his career, also being used as a forward on occasion, before being moved into wider positions in which he now usually plays, often operating as a right-sided winger, attacking midfielder, full-back or wing-back.

Having begun his career at Independiente Medellín, Cuadrado moved to Italy in 2009 to join Udinese. Used sparingly at the club, he was loaned to Lecce for the 2011–12 season, where despite relegation from Serie A, his performances earned a transfer to Fiorentina. In February 2015, he was signed by Chelsea, but after playing sparingly, was loaned to Juventus for consecutive seasons, where he won successive Serie A and Coppa Italia titles. He joined the club permanently in 2017, and added a third consecutive domestic double the following season, followed by a fourth consecutive league title in 2019.

Cuadrado made his senior international debut in 2010, and has since earned 90 caps. He was part of the Colombian squads which took part at four editions of the Copa América (2011, 2015, 2016, and 2019), reaching the quarter-finals on three occasions, and contributing to his nation's third-place finish at the Copa América Centenario in 2016; he also represented his nation at two editions of the FIFA World Cup (2014 and 2018). 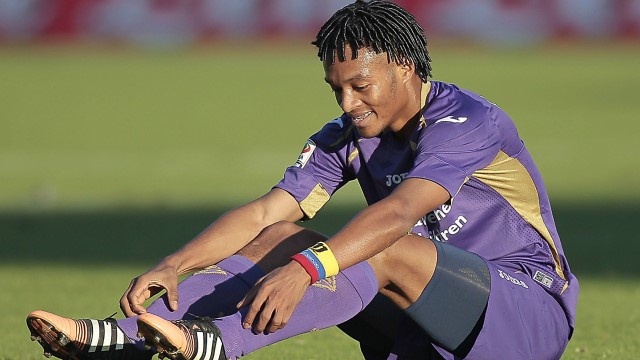