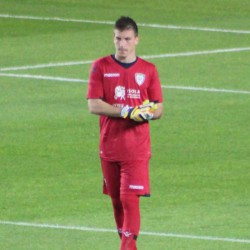 Alessio Cragno (born 28 June 1994) is an Italian professional footballer who plays as a goalkeeper for Cagliari and the Italy national team.

Club career
Cragno made his debut at Brescia Calcio on 25 September 2012 against Modena in a Serie B game, as the starting keeper, ahead of Stefano Russo; first choice keeper Michele Arcari was rested. Brescia won the game 2–1 after two goals from Andrea Caracciolo. Before the start of season Brescia had sold their first choice keeper Nicola Leali to Juventus. Cragno has been the first-choice regular since the 2013–14 season and performed well. Cragno also signed a contract with Brescia which would last until 30 June 2016, in 2012–13 season.

In January 2016 he was loaned to Lanciano in Serie B, the club is then relegated in Lega Pro after losing the play-out matches against Salernitana. On 9 June 2016, Cragno signed a new four-year deal with Cagliari.

In the summer of 2016 he was sent again on loan with option to buy, to Serie B newcomer Benevento. After a successful season, in which Benevento achieved the promotion to Serie A through play-offs with Cragno as the starting goalkeeper, he returned to Cagliari in the summer of 2017. In the 2017-2018 season he returned to Cagliari, establishing himself as the goalkeeper of the rossoblù team. Played 29 Serie A games - as well as a presence in the Italian Cup - keeping a clean sheet on 7 occasions. The team, coached first by Rastelli and then by Lopez, remains in the top flight thanks to the 16th place finish.

In the 2018-2019 season Cragno stands out as one of the best goalkeepers in the league: he wins the Apport Award as the best goalkeeper in Serie A, being voted by the Italian Association of Goalkeepers Trainers is also included by the WhoScored site in the European top-11 of the season , resulting the best defender of the continent by average rating.At the end of the season he is the player with the most minutes played in the league (3686) and the goalkeeper with the most saves made 152 saves.

After renewing his contract with the island club until 2024, on 7 August 2019, during the friendly match played in Istanbul against Fenerbahçe, he was injured at the end of the match due to a save made during a free kick for the Turkish team. The diagnosis required surgery on his right shoulder, performed on 7 September. After a month of therapy in Rome, the player returned to Cagliari where he continued his recovery. He returns to the field on January 26, 2020 in the 1-1 draw against Inter.

International career
Cragno made his debut with the Italy under-21 squad on 4 June 2014, replacing Francesco Bardi in a friendly match won 4–0 against Montenegro.

In June 2017, he was included in the Italy under-21 squad for the 2017 UEFA European Under-21 Championship by manager Luigi Di Biagio.

Cragno was given his first senior international call-up for Italy in September 2018, by manager Roberto Mancini, for Italy's opening UEFA Nations League matches against Poland and Portugal later that month. On 7 October 2020, Cragno made his senior International debut for Italy in a friendly match against Moldova, replacing Salvatore Sirigu in the second half of a 6–0 home win. 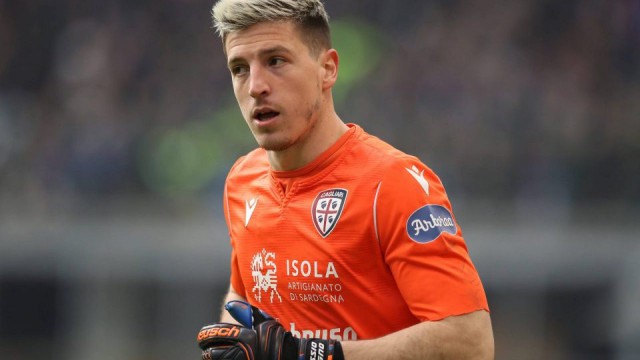 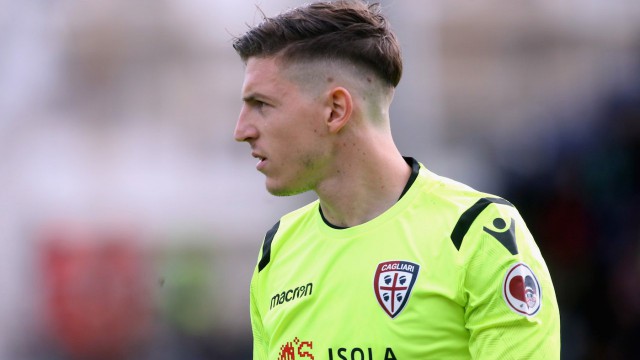