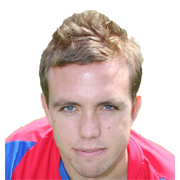 Craig David Tanner (born 27 October 1994) is an English professional footballer who plays as a striker or winger who currently plays for Aldershot Town.

Tanner joined Reading's under-8s academy team in 2003. In March 2011, Tanner signed his first professional contract with Reading, going through to the end of the 2014–15 season. Tanner made his debut, and scored his first goal, for Reading in their 3-1 League Cup victory over Newport County on 12 August 2014, coming on as a substitute.

On 22 January 2015, Tanner signed a new contract with Reading, lasting until the summer of 2017, and joined AFC Wimbledon on loan for the rest of the season.

On 5 August 2015 Tanner signed for Plymouth Argyle on loan until 2 January 2016. Tanner scored his first goal for the club, a stunning volley from the edge of the area, in a 2-1 defeat against Gillingham in the League Cup. On 6 January 2016, Tanners loan at Plymouth Argyle was extended until the end of the season.