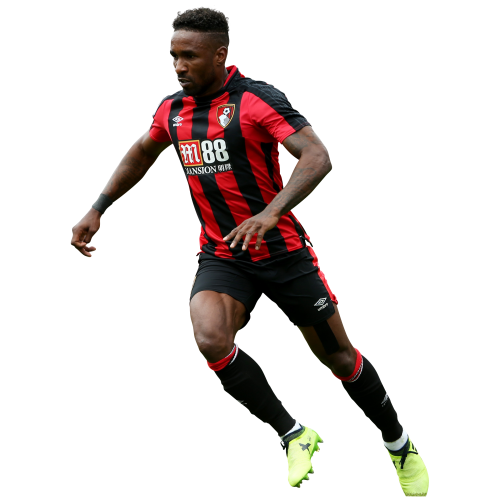 Jermain Colin Defoe OBE (born 7 October 1982) is an English professional footballer who plays as a striker for Rangers of the Scottish Premiership, on loan from Premier League club AFC Bournemouth, and the English national team.

Defoe began his career with Charlton Athletic, joining their youth team at age fourteen, before moving to West Ham United aged sixteen and rising through the ranks. He made his professional debut for West Ham in 2000, and after a season-long loan spell at Bournemouth during the 2000–01 season, established himself in the West Ham line-up. After West Ham's relegation in 2003, a move to Tottenham in January 2004 soon followed, where Defoe played for 4 years before being sold to Portsmouth in January 2008. He spent one season at Fratton Park before returning to Tottenham in the January 2009 transfer window. He played for Toronto FC of Major League Soccer in 2014, before returning to England in January 2015 to sign for Sunderland.

Defoe made his England debut in 2004 and has made 55 appearances, scoring 19 goals, including three appearances and a goal at the 2010 FIFA World Cup.