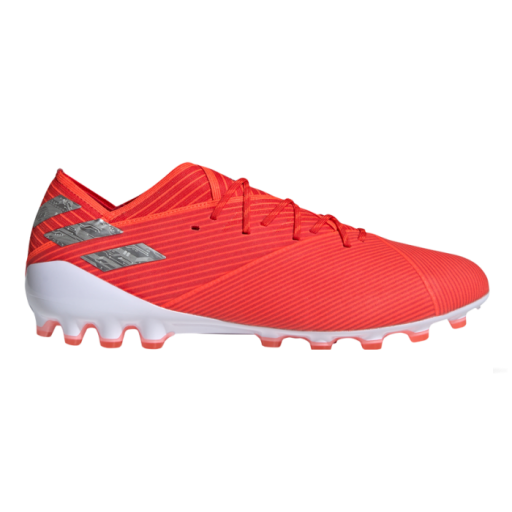 Adel Taarabt born 24 May 1989) is a Moroccan professional footballer who plays as an attacking midfielder or as a winger for Portuguese side Benfica B and the Morocco national team.

Taarabt began his playing career in France at Lens before moving to English Premier League club Tottenham Hotspur in 2007. Taarabt then moved to Queens Park Rangers on loan in July 2009. He was signed permanently in August 2010 and quickly established himself at Loftus Road. QPR were relegated in 2013 and in the ensuing summer, Taarabt moved to Fulham on loan. After another loan to Milan, Taarabt eventually signed a long term deal with Portuguese club Benfica.

Taarabt made his Morocco debut in February 2009, and scored his first international goal the following month. He represented the country at the 2012 Africa Cup of Nations.

Early career
Taarabt was born in Fez, Morocco. At a young age, his family moved to a small town called Berre-l'Étang, Bouches-du-Rhône, France. He began his career at Lens in 2004, and played 14 matches for RC Lens B in the Championnat de France amateur. He made one first team appearance for Lens during the 2006–07 season.

Tottenham Hotspur
Taarabt signed for Tottenham Hotspur on a long-term loan on 2 January 2007 after the club offered to integrate him quickly into the first team to offer him maximum playing time. Within two months, he made his first senior appearance in a Spurs shirt, entering as an 87th-minute substitute for Pascal Chimbonda against local rivals West Ham United in a 4–3 away victory on 4 March. On 7 April, he made the only other appearance of his loan, in a 1–0 defeat at another local rival, Chelsea; he replaced Teemu Tainio after 64 minutes.

Tottenham signed Taarabt permanently on 8 June. He scored his first goal for Spurs in a pre-season friendly against Stevenage Borough on 7 July. He made his first of six appearances in the 2007–08 season against Derby County in the 4–0 win on 18 August, entering the 71st minute for Wayne Routledge.

At the beginning of the 2008–09 season, Taarabt was among a group of players not given a squad number by then manager Juande Ramos, and also banned from the first-team training ground. He was given his old number when Harry Redknapp took over team management, but his only Premier League appearance that season came in a goalless North London derby on 8 February 2009, playing three minutes in place of Aaron Lennon.

Queens Park Rangers
On 13 March 2009, Taarabt joined Championship club Queens Park Rangers on loan until the end of the 2008–09 season. He scored his first goal for QPR in a 2–1 win over Bristol City. His loan spell was cut short after he suffered a knee injury which required surgery.

On 23 July 2009, Taarabt rejoined QPR on a season-long loan for the 2009–10 season. On 1 October, Taarabt scored a "wonder strike" in a match against Preston North End. He collected the ball on his chest inside the QPR half, dribbled 20 yards past three players and curled in a shot from 25 yards. This led Jim Magilton to label Taarabt as a "genius" and the goal is seen as one of the Championship's finest.

Tottenham confirmed in October 2009 that Taarabt could stay at QPR for the season providing that a Premier League club did not make a bid for him in the January transfer window. QPR were unable to make the transfer permanent because they could not afford the £4.5 million valuation placed on Taarabt by Spurs.

In March 2010, Taarabt was quoted in an interview as being sorry he had signed for Tottenham, saying, "The big mistake was to sign for Tottenham and not go to another club when I first came over." He stated he wished he had signed for Arsenal instead but had opted for Spurs after Damien Comolli moved from being a scout at Arsenal to director of football at Spurs. He said he felt he would have been given more chances to play at Arsenal and was advised at the time not to sign for Spurs by his friends Armand Traoré and Abou Diaby, who played for Arsenal. Taarabt went on to state his intention to sign for one of the top clubs in Spain: "I hope to be playing for one of the top four in Spain next season – Real Madrid, Barcelona, Valencia or Sevilla. I have contact with good teams and I know that they want me. Now I just have to hope they can agree a deal with Tottenham."

On 5 August 2010, QPR signed Taarabt to a permanent deal for an undisclosed fee. The Moroccan agreed a three-year deal with the central London club.

In January 2011, Taarabt was interviewed by the Evening Standard in which he said, "The man who took me to Tottenham was Damien Comolli. He was at Arsenal then. But, when I was going to go to Arsenal, he moved to Tottenham. He told me: 'Come to Tottenham. We want to do like they do at Arsenal and take the best young players in the world. You're going to have a better chance there.' I believed him. This was a mistake and I regret it. Tottenham tried to do it like Arsenal but it's a different culture. I would have had a better chance at Arsenal. I would progress with Arsène Wenger. He is a legend in France, one of the best managers in the world."