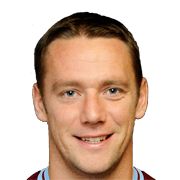 After growing up in Toxteth, Liverpool, Nolan signed for Bolton Wanderers at the age of 16. Part of the team that beat Preston North End in the 2001 First Division play-offs to gain promotion to the Premier League, he soon became a regular first-team player for the club. He scored as Bolton beat Manchester United at Old Trafford in both of his first two seasons in the top tier of English football, as well as important goals that helped Bolton regularly finish in the top half of the Premier League table.

Nolan was also a first team regular as Bolton qualified for the UEFA Cup for the first time in the club's history—where they reached the knockout stages. Following the departure of Jay-Jay Okocha in 2006, Nolan was appointed as the team captain, and he led the team again to UEFA Cup qualification and, again, eventual progression to the knockout round of the competition.

Following the arrival of Gary Megson as Bolton manager, the team's and Nolan's performances were criticised by a section of the club's fans. This resulted in the midfielder completing a £4 million transfer to Newcastle United in the January 2009 transfer window. He formed part of the team who were relegated to the Championship at the end of the season, but his performances the following season were widely praised, as he scored 18 goals—including the first hat-trick of his career—to help the club gain promotion back to the Premier League as the division's champions. Following promotion, Nolan was promoted to club captain.

In the summer of 2011 Nolan joined West Ham United on a five-year contract, joining up again with Sam Allardyce, his former manager at Bolton. He was appointed captain soon after his arrival and led the team to an instant return to the Premier League. Nolan left West Ham United by mutual consent in August 2015, and the following January he took over as player-manager at Leyton Orient, losing his managerial role in April. In January 2017, he took the same position at Notts County. On 26 August 2018, Nolan parted company with Notts County.