Steven George Gerrard MBE (born 30 May 1980) is an English professional football manager and former player, who most recently managed Premier League club Aston Villa. Described by pundits and fellow professionals as one of his generation's greatest players, Gerrard spent the majority of his playing career as a central midfielder for Liverpool and the England national team, captaining both.

Born in Merseyside, Gerrard played for Liverpool from 1998 to 2015, winning nine trophies, including the UEFA Champions League, two FA Cups, and three League Cups. He was Man of the Match in the 2005 UEFA Champions League Final, in which Liverpool overturned a 3–0 deficit to defeat AC Milan on penalties, and the 2006 FA Cup Final, which has been termed The Gerrard Final in homage to his performance. Despite success in cup competitions, he never won the Premier League. Gerrard won 114 England caps between 2000 and 2014, captaining the team 38 times and scoring 21 goals. He played at three UEFA European Championships, in 2000, 2004 and 2012 (where he was named in the Team of the Tournament) and three FIFA World Cups, in 2006, 2010 and 2014.

Gerrard began his managerial career managing the Liverpool Youth Academy's under-18 team, before starting his senior managerial career in 2018 with Scottish Premiership club Rangers. In his third full season in charge, Gerrard's side went unbeaten in the league to win Rangers' first league title in 10 years. In November 2021, he became the manager of Aston Villa, but after just 11 months in charge, he was dismissed due to a poor run of results.

Steven George Gerrard was born on 30 May 1980, in Whiston, Merseyside, England, and is the second son of Paul and Julie Ann Gerrard. He started out playing for his hometown team, Whiston Juniors, where he was noticed by Liverpool scouts; he joined the Liverpool Academy at age nine. His childhood footballing heroes were John Barnes and Ian Rush at Liverpool, and Paul Gascoigne for England. When Gerrard was young, a garden fork was imbedded in the big toe of his right foot. In his autobiography, Gerrard: my autobiography, he credited Liverpool's academy director Steve Heighway and his father for preventing an operation to amputate his toe.

Although not a Catholic and living outside the catchment area, Gerrard attended Cardinal Heenan Catholic High School upon the recommendation of his primary school teacher, whose husband was a PE teacher at the school, due to its superior football reputation over other schools in the area. Gerrard had trials with various clubs at fourteen, but his success was not immediate; Gerrard never made it into the England schoolboys' team. His trials included one with Manchester United, which he said in his 2006 autobiography was "to pressure Liverpool into giving me a Youth Training Scheme contract." He signed his first professional contract with Liverpool on 5 November 1997.

Gerrard's cousin, Anthony Gerrard, became a professional centre-back. He came through at Everton, where he did not make the first team, and spent most of his career in the Football League. The two faced each other in a professional match for the first time in the 2012 Football League Cup Final, when Steven's Liverpool defeated Anthony's Cardiff City in a penalty shoot-out in which both Gerrards missed.

Gerrard and his wife, Alex Curran, married on 16 June 2007, the same day as the weddings of his England teammates: Gary Neville, and Michael Carrick. The ceremony took place at Cliveden House Hotel in Taplow, Buckinghamshire. They have four children together.

Councillors of Knowsley voted to make Gerrard a Freeman of the Borough on 13 December 2007, and two weeks later, he was made a Member of the Order of the British Empire (MBE) in the 2007 New Year Honours for services to sport. He received an honorary fellowship from Liverpool John Moores University on 26 July 2008 as recognition for his contribution to sport.

In 2018, Amazon produced a documentary called "Make Us Dream" detailing the life of Gerrard from a young boy up until his post as Liverpool youth coach. 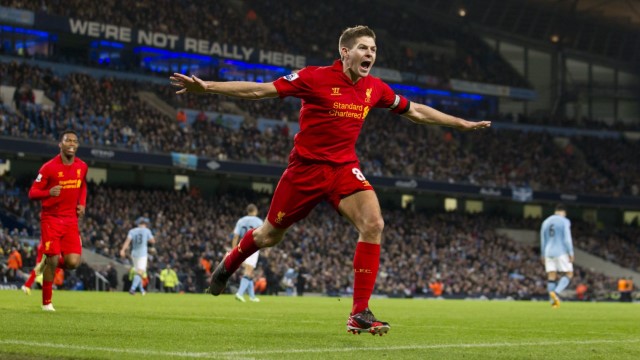 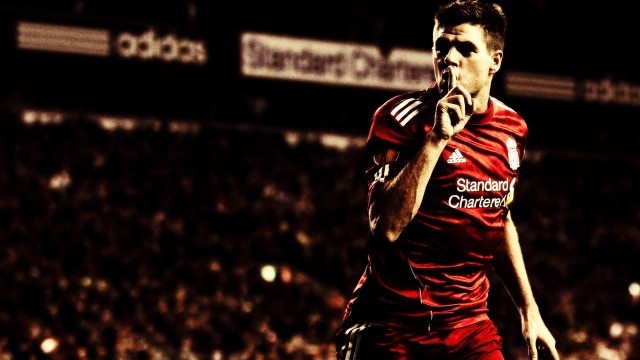