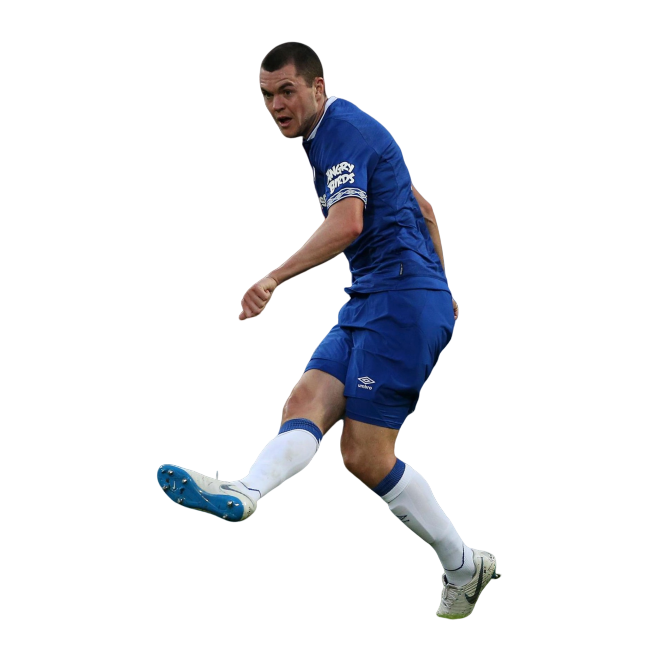 Michael Vincent Keane (born 11 January 1993) is an English professional footballer who plays as a defender for Premier League club Everton and the England national team.

Keane has represented the Republic of Ireland at under-17 level, as well as England at under-20, under-21 and senior levels. He was named as Manchester United's Reserve Player of the Year in 2012.

Keane was born in Stockport, Greater Manchester. He signed a professional contract at Manchester United on his 18th birthday on 11 January 2011, and made his first-team debut in the League Cup on 25 October 2011, coming on as a substitute in the 70th minute in United's fourth round victory over Aldershot Town. On 28 January 2012 he was again named on the bench, this time against rivals Liverpool in the FA Cup. However, he was an unused substitute and the match finished 2–1 to Liverpool.

He started a first-team match for the first time against Newcastle United in the League Cup on 26 September 2012, playing alongside Scott Wootton as a centre-back. Following the match, teammate Darren Fletcher praised him for being "fantastic".

Keane won the award for the Denzil Haroun Reserve Player of the Year in 2012. He was the clear winner with 60% of the votes, beating Jesse Lingard (24%) and Larnell Cole (16%). He made 27 appearances in all competitions for the reserve team in the 2011–12 season, during which he scored five goals. The reserve team won the Reserve League North and the national play-off final that season. Keane told MUTV: "I was surprised but really pleased to win the award. It's great to know that it's been voted for by the fans, because they come to watch us and follow us throughout the season."

On 28 November 2013, after receiving offers from Charlton Athletic, Derby County, Middlesbrough and Millwall, Keane opted to join Derby County on loan until 2 January 2014. He made his debut for Derby on 7 December 2013, coming on in the 73rd minute of a 5–1 win against Blackpool. He almost scored with a header from a corner in the 92nd minute but his effort was saved and Richard Keogh headed in the rebound. The loan deal was extended by a further month on 2 January 2014, with Keane now able to play for Derby in the FA Cup. On 30 January 2014, Derby County sent him back to Manchester United after signing George Thorne on loan from West Bromwich Albion.

On 7 March 2014, Keane joined Championship club Blackburn Rovers on loan for the remainder of the 2013–14 season. Keane was handed the number 16 shirt number for his time at Ewood Park. He made his debut for the club on 9 March, playing the full 90 minutes in a 2–1 defeat at home to local rivals Burnley. Keane returned to Old Trafford on the completion of the Championship season and was named on the bench for Manchester United's last home game of the season against Hull City.

Keane made his first league appearance for Manchester United squad on 24 August 2014 against Sunderland replacing Chris Smalling in the 43rd minute. Two days later, Keane would start for United in the League Cup against Milton Keynes Dons of League 1; the Dons would win 4–0.