Branislav Ivanović (Serbian Cyrillic: Бранислав Ивановић, born 22 February 1984) is a Serbian professional footballer who currently plays for West Bromwich Albion. A versatile defender, Ivanović plays as a right back, although he can also play as a centre back.

Ivanović began his career with hometown club FK Srem. In January 2004 he transferred to top division side OFK Beograd. Two years later, he moved to Russia to play for Lokomotiv Moscow in the Russian Premier League, where he would spend two seasons, winning his first honour, the 2007 Russian Cup. In January 2008, Ivanović was signed by Premier League side Chelsea for a £9 million fee. He won nine major honours with Chelsea, including three Premier League titles, three FA Cups, one League Cup, the UEFA Champions League and the UEFA Europa League. Overall, he made 377 appearances and scored 34 goals, making him one of only five foreign players to appear in over 300 matches for the club and putting him behind only John Terry in terms of goals scored by a defender for Chelsea. Additionally, Ivanović was twice named in the PFA Team of the Year. He returned to Russia in February 2017, joining Zenit on a free transfer.

Ivanović was first capped for Serbia in June 2005, and has since become the nation's most capped player earning over 100 caps and scoring 13 goals. He represented the nation at their first international tournament as an independent country, the 2010 FIFA World Cup in South Africa, and was appointed captain of the national team in 2012. He was captain until just prior to the 2018 FIFA World Cup where he also represented Serbia. In that competition he became the most capped player in the history of the Serbian national team, with 105 matches. 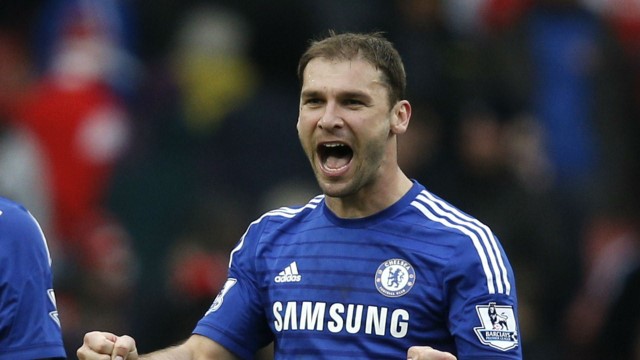