The Professional Darts Corporation (PDC) is a professional darts organisation in the United Kingdom, established in 1992 when a group of leading players split from the British Darts Organisation to form what was initially called the World Darts Council (WDC). Sports promoter Barry Hearn is the PDC chairman.
The PDC developed and holds several championship competitions, including the annual PDC World Darts Championship, the World Matchplay, World Grand Prix, UK Open, Premier League, and Grand Slam. It also runs its own world rankings based on players' performances.
In the 1980s, professional darts in Britain lost much of its sponsorship television coverage. From 1989, the only televised event was the annual Embassy World Championship. Some of the players felt that not enough was being done by the governing body, the British Darts Organisation, to encourage new sponsors into the sport and arrange more television coverage than just one event a year.
As a result, 16 professional players, including every previous BDO world champion who was still active in the game, created their own darts organisation, the World Darts Council (WDC), in January 1992. 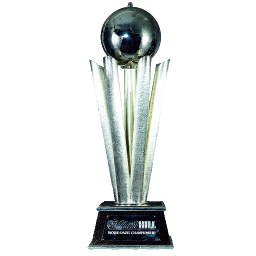