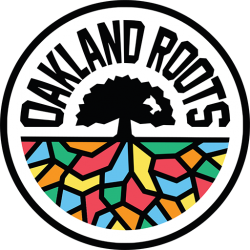 Oakland Roots Sports Club is an American sports club based in Oakland, California who began play as a men's professional soccer team. The club was formed in 2018 by a group of Oakland natives and began play in the National Independent Soccer Association in the fall of 2019. In 2021, the club joined the second division USL Championship.

The club was formed in July 2018 when it was announced the club would be known as Oakland Roots Sports Club. The club originally was slated to play in the NPSL Founders Cup, but the club ultimately withdrew and instead joined the National Independent Soccer Association a division 3 sanctioned United States Soccer Federation Professional League.

Laney College Football Stadium is a multi-purpose stadium located near Lake Merritt, in Oakland, California. It is owned by Laney College and is the home field of the Oakland Roots SC of the USL Championship. For Roots games the pitch is widened using a modular turf system. The Stadium has room for 3,500 seated and up to 5,500+ with standing room.