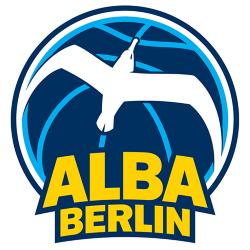 Alba Berlin (also Berlin Albatrosse) is a prominent German professional basketball club that is based in Berlin, Germany. The club was founded in 1991, and is today the largest German national basketball club by membership figures. Alba Berlin hosts its home games at the O2 World arena and competes in the German League and the Euroleague.

After winning eight German Championships, eight German Cups, three German Supercups, and the FIBA Korać Cup in 1995, Alba Berlin is considered to be the most successful German basketball team, both domestically and internationally. With an average attendance of more than 10,000 fans per game in a season, it is also one of the most popular basketball clubs in Europe. In 2012, Alba Berlin was the first German basketball club to compete against a former NBA champion, the Dallas Mavericks. In 2013, Alba Berlin was portrayed in the ESPN documentary series Basketball Capitals.

O2 World (stylised as O2 World) (for sponsorship reasons to be rebranded into Mercedes-Benz Arena from July 2015 ), is a multi-use indoor arena in the Friedrichshain neighborhood of Berlin, Germany, that opened in September 2008. Developed by Anschutz Entertainment Group, it was named O2 World, when O2 Germany purchased the naming rights. With a capacity of 17,000 people, it is home to the Eisbären Berlin ice hockey club and the ALBA Berlin basketball team, and is used for other ice hockey, basketball and handball matches as well as concerts. The surrounding area will be filled with various entertainment venues including a cinema, a casino, a hotel and various bars and restaurants. The arena hosted the 2008–09 Euroleague Final four. The arena was one of the most prominent elements of the Mediaspree urban redevelopment project, quickly gaining emblematic status in the debates surrounding the project's impact.