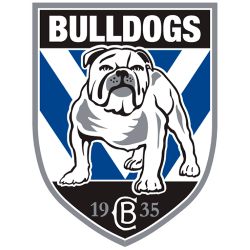 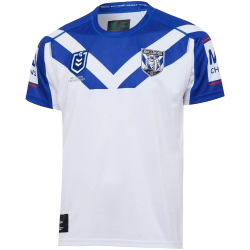 The Canterbury-Bankstown Bulldogs are an Australian professional rugby league football club based in Belmore, a suburb in the Canterbury-Bankstown region of Sydney. They compete in the National Rugby League (NRL) premiership, as well as New South Wales Rugby League junior competitions. The club was admitted to the New South Wales Rugby Football League premiership, predecessor of the current NRL competition, in 1935. They won their first premiership in their fourthth year of competition with another soon after, and after spending the 1950s and most of the 1960s on the lower rungs went through a very strong period in the 1980s, winning four premierships in that decade. Known briefly in the 1990s as the Sydney Bulldogs, as a result of the Super League war the club competed in that competition in 1997 before changing their name to the geographically indistinct Bulldogs and continuing to play every season of the re-unified NRL, winning their most recent premiership in 2004. In 2012 the Bulldogs won the minor premiership, being the best club in the competition in the regular season, but lost to the Melbourne Storm 14–4 in the Grand Final. Stadium Australia, known for sponsorship reasons as ANZ Stadium, formerly Telstra Stadium, is a multi-purpose stadium located in the Sydney Olympic Park, in Sydney, Australia. The stadium, which in Australia is sometimes referred to simply as the "Olympic Stadium", was completed in March 1999 at a cost of A$690 million to host the 2000 Summer Olympics. Every year since the stadium was built, the New South Wales rugby league team's home games in the State of Origin series have been played there. Also the stadium has since hosted the annual National Rugby League grand final. ANZ Stadium also hosted the 2003 Rugby World Cup finals and Bledisloe Cup matches, regular Sydney Swans and Greater Western Sydney Giants AFL matches, as well as international soccer matches featuring Australia's national team the Socceroos, and exhibition games by Sydney based A-League team Sydney FC.

The stadium was originally built to temporarily hold 110,000 spectators, making it the largest Olympic Stadium ever built but still not the largest in Australia, with the MCG formerly holding more than 120,000 before its re-design in the early 2000s. In 2003 reconfiguration work was completed to shorten the north and south wings, and install movable seating. These changes reduced the capacity to 83,500 for a rectangular field and 82,500 for an oval field (making it the second largest stadium in Australia, after the Melbourne Cricket Ground). Awnings were also added over the north and south stands, which allows most of the seating to be undercover. The stadium was also engineered along sustainable lines for example with the low use of steel in the roof structure in comparison to the Olympic stadiums of Athens and Beijing. 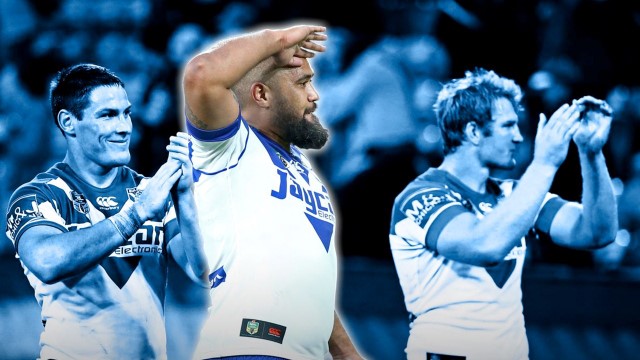