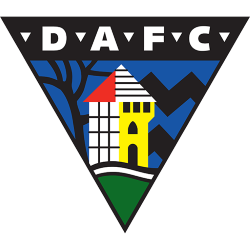 Dunfermline Athletic Football Club is a Scottish football club based in Dunfermline, Fife, commonly known as just Dunfermline. Founded in 1885, the club currently play in the Scottish Championship, being promoted in 2015–16 after being relegated from the Scottish Football League First Division in the 2012–13 season. Dunfermline play at East End Park, are nicknamed The Pars and are currently managed by Allan Johnston.

The Pars' most successful period was in the 1960s, when the side won the Scottish Cup twice, in 1961 and 1968 under the management of Jock Stein and George Farm respectively. The club regularly played European football in this period, reaching the semi-finals of the 1968–69 European Cup Winners' Cup under Farm.

The club have played at East End Park since their formation in 1885, however, the pitch they initially played at – also known as East End Park – was slightly west of the present stadium.

After a period of relative success in the 2000s marked by appearances in three major finals (the 2004 Scottish Cup Final, the 2006 Scottish League Cup Final and the 2007 Scottish Cup Final), all of which were lost against Celtic, Dunfermline were relegated to the First Division in 2007. The club then encountered financial problems and, in April 2013, applied for and was granted full administration at the Court of Session in Edinburgh, and in October 2013, the fan group Pars United assumed control of the club.