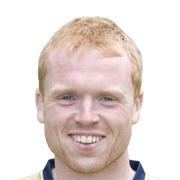 Career
Rangers (first spell, including loan deals at other clubs)
Robinson made his first-team debut for Rangers on 7 May 2006, coming on as a substitute for Ronald Waterreus for the final twelve minutes of Rangers 2–0 win over Hearts. In December 2006, Robinson signed a new contract, to keep him at Rangers until the summer of 2009.

On 6 July 2007, it was announced that Robinson would spend the duration of the 2007–08 season on loan at Greenock Morton. In October 2008, Robinson moved to Scottish First Division side St Johnstone on a month-long loan deal as back-up to Alan Main. Robinson returned to Rangers on 31 December 2008.

Robinson later signed a loan deal to play for First Division club Queen of the South until the end of season 2008–09. Robinson played eighteen matches for the Dumfries club. At the end of the season, Robinson returned to Rangers. Robinson departed Rangers in the summer of 2009.

Kilmarnock
Robinson then signed for Kilmarnock on a free transfer. He made one first team appearance in his season at Rugby Park coming on as an early substitute for the injured Cammy Bell against Hibs. Robinson claimed man of the match for his performance after frustrating the opposition with a number of saves including a penalty save which would become a trademark of his game in the upcoming years.

Queen of the South (first spell)
Roddy McKenzie sustained a serious injury in the pre-season testimonial game for Jim Thomson against Rangers at Palmerston Park. The severity of the injury merited Queens signing Robinson to provide additional goalkeeping resource to the squad due to McKenzie's absence. Robinson re-joined Queens on a short term deal and this was extended for half of that particular season.

Robinson played forty five minutes in a pre-season friendly against Hamilton. Robinson then started in the League Cup win against Albion Rovers on 24 July 2010. Robinson, in the Challenge Cup second round penalty shoot-out win away at Dunfermline Athletic on 10 August 2010 was described by one reporter as, "excellent all night, he commands his box well and when called upon made a couple of fine saves one of which was superb and of course he made two crucial penalty saves too. So for that he'd be my man of the match."

Robinson continued to be selected for Queens cup ties with David Hutton being favoured for league matches. This led to Robinson playing in the Challenge Cup semi final 2–1 win away to Peterhead on 9 October 2010.

The club announced on 13 January 2011 that Robinson had left the club yet again. His last appearance was in the 2–1 Scottish Cup match versus Brechin City on the previous Tuesday night.

Queen of the South signed Robinson once again on 28 July 2011 for the new season after he had been training with the club for a short time. Robinson's first game of this spell was early in the season on 20 August 2011 in a 2–0 defeat to Ross County. After that Robinson established himself as the first choice goalkeeper at Queens. This led to McKenzie leaving the club by mutual consent on 10 January 2012.

In the 2012–13 season Robinson was successful in a second penalty shoot-out for Queens when eliminating Rangers from the Challenge Cup at Ibrox. Robinson then made his 100th appearance for the club in a derby match against Stranraer on 16 February 2013. Robinson was instrumental in the 6–5 penalty shoot-out when Queens won the Challenge Cup versus Partick Thistle on 7 April 2013 and with the club also winning the Second Division this gained the club their inaugural league and cup double. Robinson was described as a "hero" by Dumfries and Galloway Standard newspaper. At the end of the 2012–13 season, Robinson was named in the PFA Scotland Team of the Year for the Second Division alongside teammates Chris Mitchell, Mark Durnan, Chris Higgins, Daniel Carmichael and Nicky Clark. Robinson was also awarded SFL Goalkeeper of the Season. Robinson was offered a new contract by the club which he then turned down.

Raith Rovers
On 7 February 2014 Robinson signed until the end of the season for Scottish club Raith Rovers. Having won the 2013–14 Scottish Challenge Cup final with Queen if the South he was instrumental in repeating this success against Rangers putting in a man of the match performance in a 1–0 victory.

Rangers (second spell)
Robinson signed for Rangers in August 2014, as manager Ally McCoist sought cover for the injured Cammy Bell. After claiming the number one position, he played seven games under the caretaker management of Kenny McDowall. Robinson was released by Rangers at the end of the 2014–15 season.

Queen of the South (second spell)
After one season away from playing football to coach goalkeepers in the United States, Robinson returned to Scotland to sign a two-year contract with Queen of the South on 17 June 2016.

Robinson was appointed the Dumfries club's goalkeeping coach after the departure of Kenny Arthur to Partick Thistle.

On 9 September 2017, Robinson departed Queens by mutual consent, after not featuring since the start of the 2017-18 season.

Robinson, having played for the Doonhamers more than any other club in his career thus far, after three spells in Dumfries, once on loan and two as a signed player, was the Queens goalkeeper in 124 league matches and 35 cup matches. This gives Robinson 159 appearances in all competitions.