At just 21 years of age, Toprak Razgatlioglu moves up into the World Superbike class for 2018, following a stunning season in the STK1000 Championship. The Turkish rider first got on a bike at the age of five, and secured four Turkish Motocross Championship titles, before competing in his first 600cc race when he was 13. Breaking onto the European scene from 2011, Razgatlioglu entered the Yamaha R6 Dunlop Cup in which he struggled. 2013 saw the youngster secure a place in the Red Bull Rookies Cup, which he raced in alongside the Turkish Supermoto Championship. Fighting in the ever competitive cup for two seasons, he took his first victory in Germany at the Sachsenring.
2015 welcomed Toprak onto the world stage, as he entered the European Superstock 600 Championship, and won the title in the same season. Naturally progressing into the European Superstock 1000 Championship in 2016, he was battling for the title over the last two seasons but missed out on the overall victory. 2018 welcomes a new challenge as he steps up into WorldSBK with Kawasaki Puccetti Racing, where he hopes to fight for top ten results. 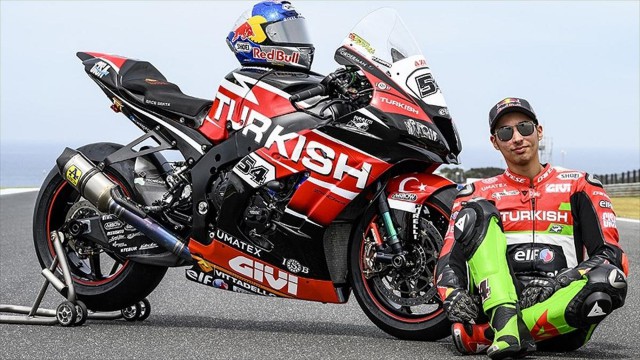