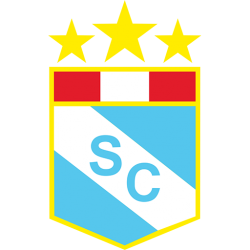 It is one of the most popular football teams in Peru, along with Universitario and Alianza Lima; it is the youngest of the three. In 1997, it became the second Peruvian football club to reach the final of the Copa Libertadores, an international competition.

Estadio Alberto Gallardo is a football stadium in the Rimac District of Lima, Peru, named after Alberto Gallardo, a former Peruvian football player and manager who played several years for Sporting Cristal. It is the home of football club Sporting Cristal. The stadium was built in the 1960s along the Rímac River for local football use and originally named Estadio San Martín de Porres. Many clubs playing in the Primera División, Segunda División, and district leagues of San Martín de Porres were among the many tenants the stadium had. In 1995, Sporting Cristal—one of the regular first division tenants of the stadium—decided to lease the venue from the Instituto Peruano del Deporte. The club recently signed a new lease contract for 10 years and will expire in 2022. The stadium itself has hosted few high-risk matches due to the limited access to the stadium and the low capacity of 20,000.