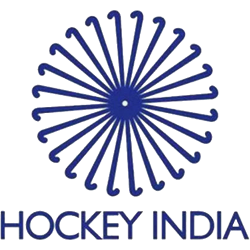 The India men's national field hockey team was the first non-European team to be a part of the International Hockey Federation. In 1928, the team won its first Olympic gold medal and until 1960, the Indian men's team remained unbeaten in the Olympics, winning six gold medals in a row. The team had a 30–0 winning streak during this time, from their first game until losing in the 1960 gold medal final. India also won the 1975 World Cup. India's hockey team is the most successful team ever in the Olympics, having won eight gold, one silver and two bronze medals.

After their gold medal win at the 1980 Olympics, the team's performance declined through the next three decades, with the team failing to win a medal at the Olympics or the World Cup. In 2016, the Indian men's team won its first ever silver medal in Champions Trophy and reached the knockout stage of the Olympics for the first time in 36 years. As of 2018, the team is ranked fifth in the world. From February 2018, the Government of Odisha has started sponsoring the Indian national field hockey team, both men and women team. In a first-of-its-kind association, the state has decided to support the India's field hockey team for next five years.