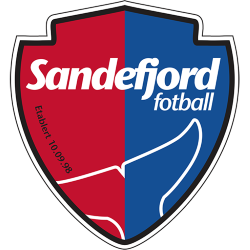 Sandefjord Fotball, commonly known simply as Sandefjord, is a Norwegian professional football club, founded on 10 September 1998. The club has played in First Division, the second tier of the Norwegian football league system. Their home ground is the Komplett Arena, located in Sandefjord, Vestfold.

The club reached 1. divisjon in 1999, where they made quick progress and soon settled as strong competitors for promotion to the top division. Finishing third in 1. divisjon both in 2002 and 2003 they qualified for play-off matches, but lost both times. In 2004 they finished fourth. In 2005 season they placed second and earned automatic promotion to highest division.

The club in their first Tippeligaen season, finishing ninth in the table and reached the cup final. In 2007 season they finished last and relegated to 1. divisjon.