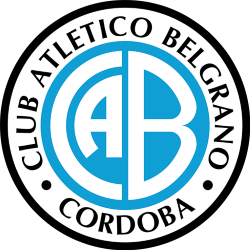 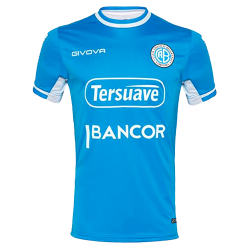 Club Atlético Belgrano (Spanish pronunciation: ; mostly known simply as Belgrano or Belgrano de Córdoba ) is an Argentine sports club from the city of Córdoba, best known for its football team, which currently plays in Primera B Nacional, the second division of the Argentine football league system. Belgrano's stadium is the El Gigante de Alberdi, which is located in Barrio Alberdi, in the central area of the city of Cordoba.

History
Belgrano was founded on March 19, 1905. It was named in commemoration of the Argentine historical figure General Manuel Belgrano, and its colours were taken from the flag of Argentina, created by Belgrano himself. It´s the club in the Province of Cordoba with the most victories, and the one which has sent the most players to Seleccion Argentina.


The stadium during a game played between Argentina and Ghana in 2009. This picture was taken before remodeling.
During 2010 and 2011 the stadium went through a remodelling process. The field was sunken 4 meters, the iconic Autotrol scoreboards installed for the 1978 World Cup were replaced with modern video screens, new bleachers were built in order to improve the poor view caused by the shallow shape of the stadium and the capacity was increased to 57,000, becoming the second largest stadium in Argentina by seating capacity. It was re-opened on June 26, 2011, just 5 days before the start of the 2011 Copa America. The stands were fully covered after the cup.

In October, 2010 the name was changed to honor Mario Kempes, top goal scorer of the 1978 FIFA World Cup, native of Cordoba.