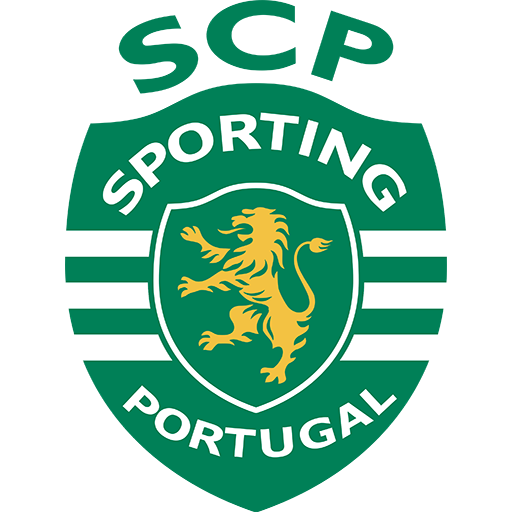 Sporting Clube de Portugal, also referred to as Sporting or Sporting CP is a Portuguese multi-sports club based in Portugal's capital city of Lisbon. Although they compete in a number of different sports, Sporting is best known for its association football team.

Founded in Lisbon on 1 July 1906, it is one of the "Três Grandes" (The Big Three) football clubs in Portugal. With more than 100,000 registered club members, its teams, athletes and supporters are often nicknamed Leões (English: The Lions) by its fans.

Sporting was one of the founding members of the Primeira Liga in 1934 and, together with Benfica and Porto, it has never been relegated from the First Division of Portuguese football. Sporting is the third most successful Portuguese football club with 44 titles in Portuguese domestic competitions and one International title.

In domestic football, Sporting have won a total of 18 Primeira Liga titles, 15 Portuguese Cups, 4 Championship of Portugal titles (a record tied with Porto) and 7 Portuguese SuperCup titles. Internationally, Sporting won the 1963–64 European Cup Winners' Cup and were runners-up in the 2004–05 UEFA Cup. Estádio José Alvalade is a football stadium in Lisbon, Portugal, home of Sporting Clube de Portugal, one of the country's biggest clubs. Having replaced the former Estádio José Alvalade (1956), it is the center of a complex called Alvalade XXI (which includes a mall called Alvaláxia with a 12-screen movie theater, a health club, the club's museum, a sports pavilion, a clinic, and an office building), designed by Portuguese architect Tomás Taveira. It was classified by UEFA as a 5-star stadium, enabling it to host finals of major UEFA events. This stadium – originally projected to hold only 40,000 spectators at any given time – has a capacity of 50,095 and was acoustically engineered as a venue for major concerts. The stadium has also a total of 1,315 underground parking spaces, including 30 for disabled spectators. Its official opening was on 6 August 2003 when Sporting played and beat Manchester United 3–1. It also hosted the 2005 UEFA Cup Final between Sporting and CSKA Moscow, which CSKA Moscow won 3–1. On the exterior, the stadium features multi-coloured tiles. Seats are also arranged in a random-looking colour mix.

The stadium hosted five matches of UEFA Euro 2004, one of them being the semi-final between Portugal and the Netherlands, which Portugal won 2–1. This match won the title of Best Organized in the whole competition.

The complex, officially known as Alvalade XXI, cost a total of €162 million, with the stadium accounting with almost €121 million and was built adjacent to the site of the now demolished Estádio José Alvalade (1956).

After years of coping with a poor playing surface, the Sporting board initially decided to install synthetic turf for the 2011-12 season, but this decision was later abandoned for the use of artificial lighting by Stadium Grow Lighting.

This stadium was also featured in a Travel and Living Channel culinary-themed show called World Cafe, guided by Bobby Chinn, when they were travelling in Lisbon. They cooked a traditional Portuguese sweet dish right in the middle of the pitch.