Aldershot vs Yeovil (11 May) Yeovil Town Football Club is a professional association football club based in the town of Yeovil, Somerset, England. The team compete in National League, the fifth tier of the English football league system.
The club have previously won the League Two championship in 2004–05, and promotion to the Championship through the play-offs in 2013. Founded in 1895, Yeovil took 108 years to enter the Football League when they were promoted from the Football Conference as champions in 2003.

Yeovil have been one of the most successful non-league teams in the FA Cup – having defeated major Football League teams, most famously Sunderland in the 4th Round in 1949, going on to play in front of more than 81,000 against Manchester United at Maine Road, temporarily shared with local rival Manchester City following the bombing of Old Trafford in the Second World War. Since entering the Football League FA Cup results have deteriorated having only reached the 3rd Round twice including, in 2004, against Liverpool for which the club released a record prior to the tie sold only in shops in the town, "Yeovil True" reached #36 in the UK Singles Chart. The only other successful performance since then was in 2005 when they reached the 4th Round, drawn away against then Premier League side Charlton Athletic where they narrowly lost 3–2.

Their home ground is Huish Park, built in 1990 on the site of an old army camp and named after their former home, Huish, itself known for its pitch, which had an 8 feet (2.4 m) sideline to sideline slope. The club's nickname The Glovers is a reference to the history of glove-making in the town of Yeovil, which became a centre of the industry during the eighteenth and nineteenth centuries. Huish Park is a football stadium located in Yeovil, Somerset. The stadium has been home to Yeovil Town F.C. since its completion in 1990, following their relocation from Huish. Huish Park has a capacity of 9,565 of which two stands are all-seated totalling 5,212 seats with terraces behind each of the goals. 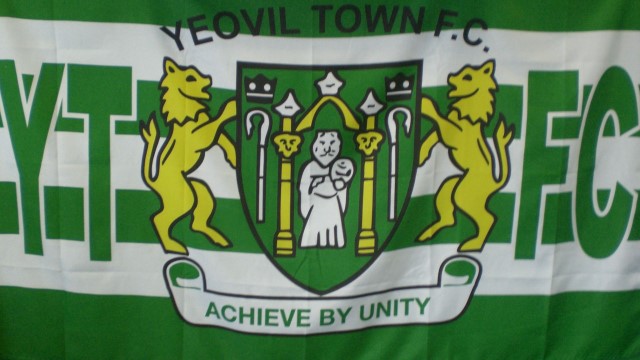